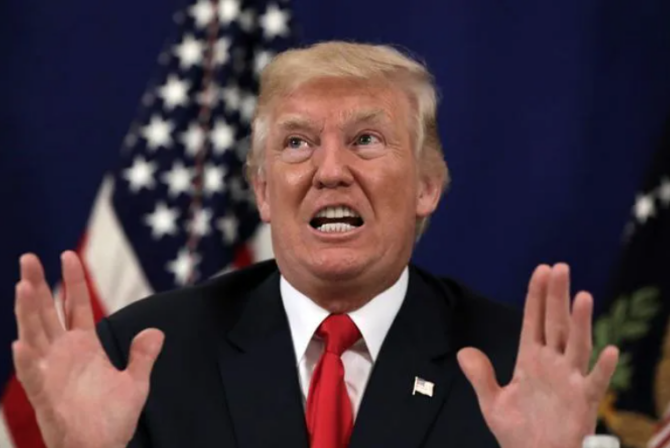 Donald Trump is having another headache of a week, and it’s only just started.

On Monday, as millions of Americans enjoyed the day off for President’s Day, former President Trump launched his new social media app Truth Social. It was… bumpy.

The rollout was plagued by a host of technical issues, with users reporting error message after error message. And for many of those who did manage to access the buggy app, all that greeted them was a chance to sign up for a waitlist.

Related: Eric Trump calls dad from stage to tell him he loves him. This was Trump’s response.

Users who signed up received a welcome e-mail urging them to “Share your unique opinion by posting a Truth, Re-Truth, photo, news story, or video link … Don’t be shocked if they take your Truth viral!”

While you try to wrap your brain around how someone’s “unique opinion” is being branded as “Truth” with a capital “T,” here’s Trump’s second blow of the week: The U.S. Supreme Court has rejected his request to block the National Archives from releasing records from the Trump administration to the House Select Committee on the January 6 Attack.

Trump has been claiming “executive privilege” in his attempt to shield the records, but the Court put that argument to rest once and for all.

President Joe Biden previously authorized the National Archives to release the records, and urged them to act quickly.

I hope the Nat Archives had them all loaded with the engine running.

Great way to start the week for all “patriots” of the USA. Not good at all so for the Former Guy.#GreatTuesday

The sooner the better.

CLEAN UP CORRIDER 4 at Maralago.

Trump is on quite a losing streak. Much needed good news during these perilous times!