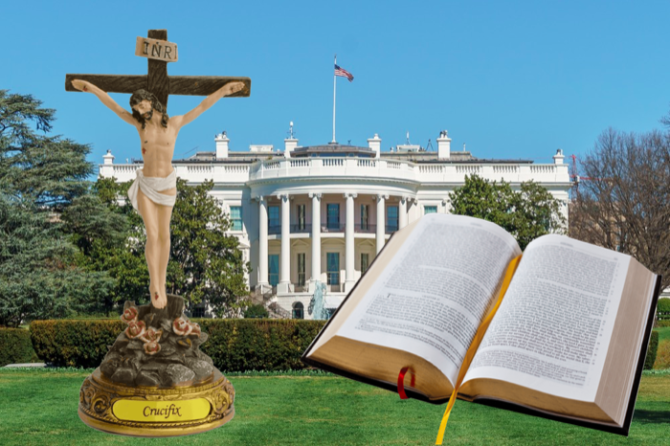 This just in: Each week, a gaggle of Donald Trump‘s top Cabinet members gather together to study the Bible.

The Donald, it should come as no surprise, steers clear of the meetings, though he does receive a copy of the scripture teaching each week, which we’re sure he pores over every night between his Twitter tantrums.

“It’s the best Bible study that I’ve ever taught in my life!” Drollinger tells the Christian Broadcasting Network. “They are so teachable. They’re so noble. They’re so learned.”

“Mike Pence has uncompromising biblical tenacity and he has a loving tone about him that’s not just a noisy gong or a clanging cymbal,” he praises. “And then fourthly, he brings real value to the head of the nation.”

As for Sessions, Drollinger says, “He’ll go out the same day I teach him something and I’ll see him do it on camera and I just think, ‘Wow, these guys are faithful, available and teachable and they’re at Bible study every week they’re in town.'”

The weekly Bible study group with Cabinet members is believed to be the first of its kind in almost 100 years.