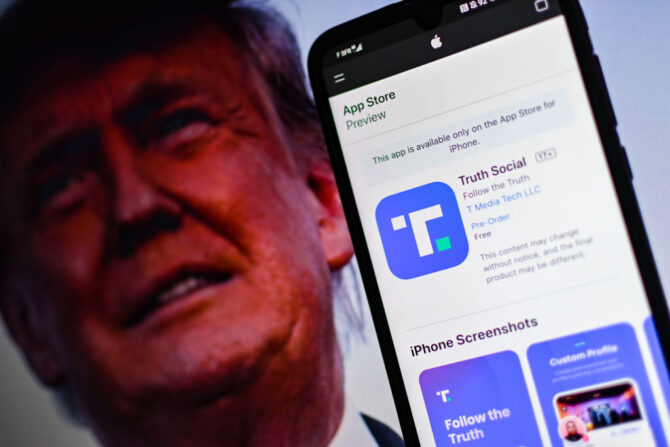 According to a new filing with the Securities and Exchange Commission, Donald Trump‘s Twitter knockoff hasn’t attracted a single paying advertiser and likely won’t have any until at least next year, assuming it’s even still around then.

In other words, this whole thing is going exactly like just about every other one of the ex-president’s business ventures.

But don’t worry! Trump has a plan!

Elon Musk said he would consider lifting Trump’s permanent Twitter ban should be acquire the blue bird platform for $44 billion later this year. If this happens, Trump says he’ll consider rejoining, but he’ll publish all his posts on Truth Social first then wait six hours before publishing the same content on any other site.

How this is supposed to translate into revenue is anyone’s guess, but CBS News reports:

In the short term, Truth Social appears to be banking on an agreement that could help bolster its user base: It will have a six-hour exclusive window on Trump’s messages, according to the filing. That means even if Twitter lifts its ban on Mr. Trump — which Tesla founder Elon Musk said he will do if he completes his proposed acquisition of the media company — there could be an hours-long lag before his comments appear on the blogging platform or other forums.

More likely what will happen is Trump will post something stupid on Truth Social, someone will take a screenshot of it, and the post will appear on Twitter five seconds later, where everyone will mock it. Kinda like they did last week when he shared a meme declaring himself the “MAGA King.”

Last week, Devin Nunes, who quit Congress to be CEO of Trump Media and Technology Group, told the Federalist Radio Hour podcast that Twitter was “a waste of time,” describing the site as a “ghost town.”

“Places like Twitter don’t have very many people,” Nunes said. “There’s just not very many real people if you have bot farms, left-wing bot farms, spam accounts, corporate accounts, and then you have a lot of dead accounts.”

Coincidentally, last month, Business Insider reported that Truth Social was “like a conservative ghost town” that was “overrun by bots.” One of those bots was a verified account for Fox News, which resulted in the conservative propaganda network issuing a statement confirming, “We are not on Truth Social.”