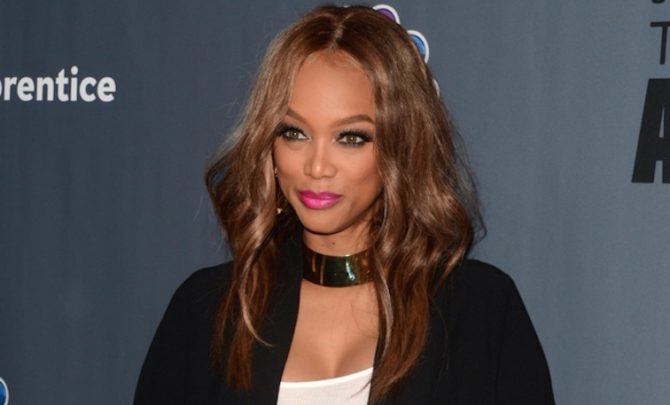 Art is one long game of creative telephone, but when you draw inspiration from a contemporary, and especially if you’re a rich and famous celebrity taking inspiration from an artist who’s a member of a marginalized community, it’s definitely nice to give a shout-out!

The supermodel/actress/TV host recently partnered with Paper Magazine for a super sexy ‘Queen of the Jungle’ shoot.

Paper shared the most striking photo, which also happens to be the one used to promote the feature, on Instagram with the hashtag #BreakTheInternet:

Almost immediately, fans noticed something a bit strange about the look — something even stranger than the fact that Tyra transformed into a spiked bikini-clad tigress.

“This is very @nina_bonina_brown,” wrote one commenter.

“Ooooh @nina_bonina_brown they done stole yo look,” chimed another.

Nina Bonina Louis-Dryfus Brown made a name for herself on season nine of Drag Race with ultra-creative makeup transformations (her Georgia peach was everything).

One of her most memorable getups was this, ahem, similar look: 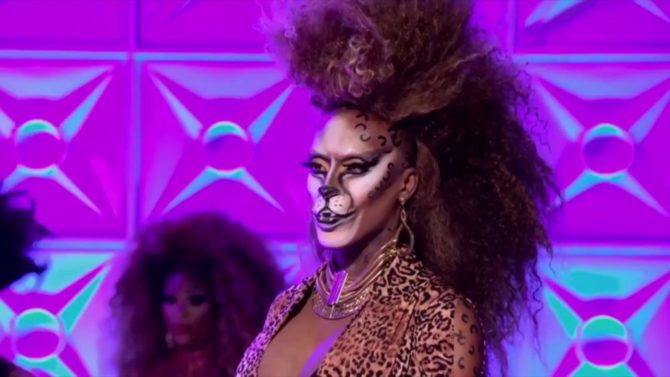 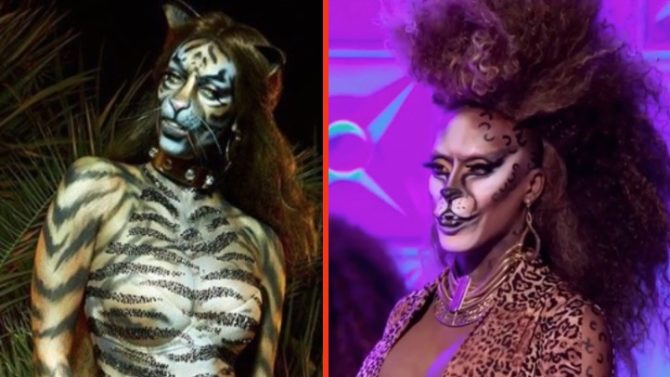 are we really pretending that Tyra Banks' cat look for Paper isn't a blatant rip off from Nina Bonina Brown? no art is original but they could've tried a little harder to hide the appropriation lmao

What do you think? Is this a purrfectly reasonable coincidence or did Tyra (or her makeup artist) think Nina’s look was the cat’s meow and get her claws all up in it?