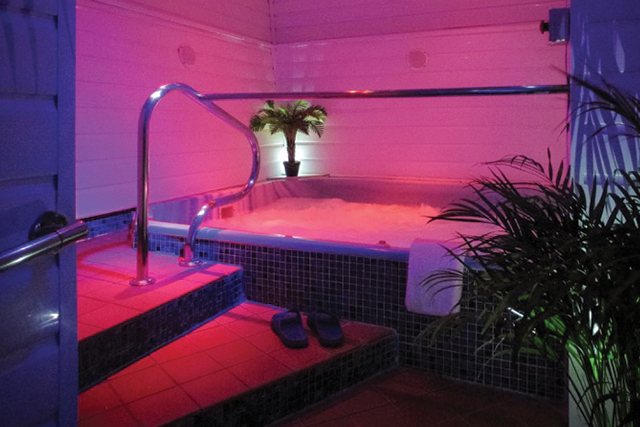 A London spa has come under fire for evicting a man because of his genitals.

In an exclusive story, GayStarNews identifies the man only as “Jason,” a 26-year-old transgender gentleman who visited the Sailor’s Sauna October 29. The spa advertises itself as a social club for men interested in other men. Jason went to the spa over his own apprehensions.

“I was a little nervous about being trans as I haven’t had bottom surgery but was reassured [by a friend] there would be no issue,” Jason says. “So I thought I’d double check on the website. There was no information I could find that states trans men are not welcome, or any information on rules.”

Jason visited the spa for about an hour, but when he sat in a Jacuzzi, a staff member asked him to leave. When Jason asked why, the staff member told him that his vagina disqualified him. Naturally, Jason protested and even showed his government-issued ID that listed him as male. Still, the staff insisted he leave and reportedly added: “if you had t@ts and a dick, it’d be fine.” The staff did issue Jason a full refund.

The UK has several laws on the books that protect people against discrimination based on gender identity. A spokesman for Sailor’s Sauna confirmed that the incident had taken place, but claimed that since the spa is licensed as a male-only spa, staff weren’t sure if admitting a transgender man who had a vagina violated their license agreement. Local government has since confirmed that allowing transgender men who have not undergone genital surgery does not violate the spa’s city permits.

“On Monday evening, a customer informed a member of staff that a woman was using the venue,” Sailor’s Sauna said in a statement. “I can only confirm what was said on the reception. The customer was told we did not know how we would stand in regards to our license. We are only licensed for men to use the venue….The customer was given a full refund and we did apologize. We have had confirmation from the council that if someone has a GRC [Gender Recognition Certificate] or ID confirming they are male, we would not be in breach of our license.”