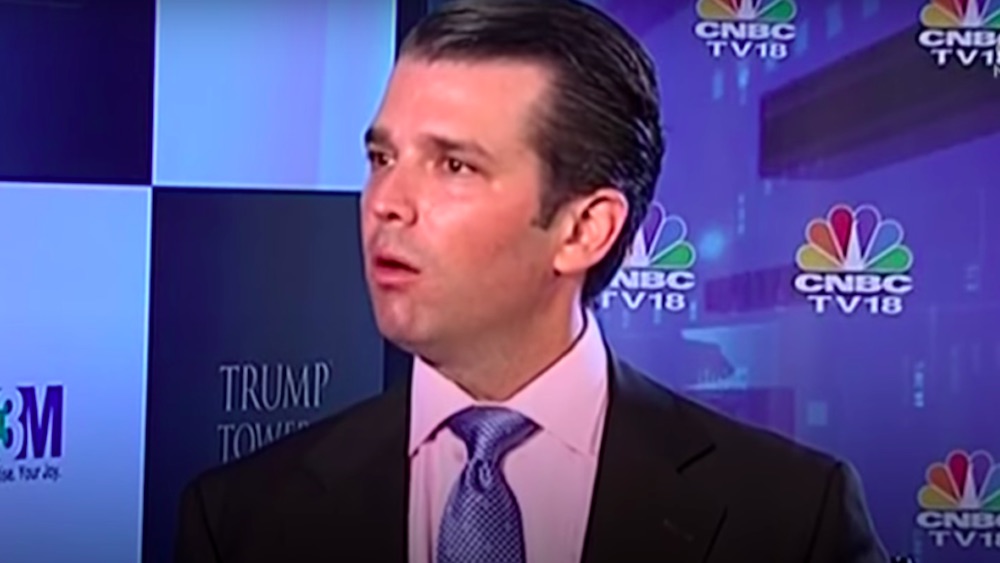 Trump is the most transphobic U.S. President of all time, singling trans people out for a military ban and a general repeal of their rights to receive healthcare and pee in public. So it shouldn’t really surprise us at all that his son, Trump Jr., has a few ignorant views on trans people too.

Trump Jr.’s tweet in response to the article said, “Yet another grave injustice to so many young women who trained their entire lives to achieve excellence. Identify however you want, to each his own, but this is too far and unfair to so many.”

Yet another grave injustice to so many young women who trained their entire lives to achieve excellence. Identify however you want, to each his own, but this is too far and unfair to so many.

Whether knowingly or not, Trump Jr. is perpetuating trash about what it means to be a trans female athlete and furthering an argument perpetuated by transphobic trans-exclusionary radical feminists (TERFs) that trans women are unfairly invading women’s-only spaces.

In fact, a lesbian TERF went on Tucker Carlson’s FOX News show earlier this month to argue that the LGBT community should “drop the T” because trans identity has nothing to do with sexuality — but she’s wrong.

Defying “traditional” expectations of gender is precisely what unites the LGBTQ community: Neither LGB nor trans people act like men and women “are supposed to act.” We all express our sexuality and gender in ways that fly in the face of hetero- and cis-supremacy. But we digress…

While the sports world continues to explore integrating trans female athletes alongside cis women, Don Jr. and The Daily Caller are basically flattening a complex issue into a single matter: They say trans women have a physical advantage over cis women because they were assigned a male gender at birth. But it’s not that simple.

Gender identity for both trans and cis people depends on a bunch of complex biological, anatomical and chromosomal variations: All women have variations in musculature, hormone levels and biological anatomy. Some cis women have more muscle mass and testosterone than trans women. Thus, being trans alone doesn’t make one more athletically capable than cis women.

The International Olympic Committee and other sporting organizations are figuring out their policies on trans athletes as more and more come out of the closet.

So it makes sense why Trump Jr. thinks the way he does, and he’s not alone. Lesbian tennis legend Martina Navratilova is against trans women competing in female athletics too — and now her viewpoint is being used to push anti-trans legislation in U.S.

But it’s a nuanced issue that isn’t as simple as Trump Jr., Navratilova, The Daily Caller or TERFs would like to think, and the answer isn’t banning all trans women from female sports either.

As we continue to learn more about sports and gender, flattening the issue into a simple soundbite merely increases antipathy towards trans athletes, and they already face incredible hurdles just to make it onto the field.