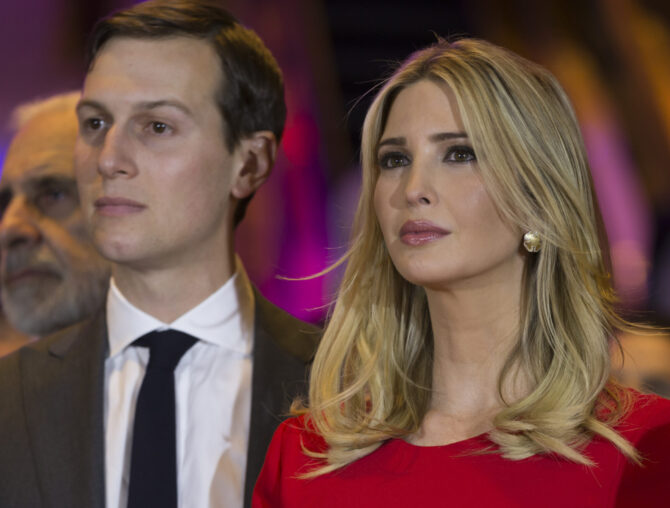 New details have emerged regarding Jared Kushner and Ivanka Trump and their response to the 2020 presidential election results and–surprise!–they’re terrible.

The New York Times reports that the couple, who both worked as senior officials in the Trump White House, decided to call it quits and leave D.C. even before Donald Trump had officially lost the race to Joe Biden.

“We’re moving to Miami,” Kushner reportedly told Ivanka the night of his father-in-law’s infamous “frankly, we did win this election” 2:30 a.m. press conference.

According to the Times, Kushner told several staffers and associates that night that he and Ivanka didn’t need to wait for the official results. The writing was on the wall. They were outta there. See ya!

The race, of course, wasn’t officially called until that Friday. By then Trump had already begun spinning his false narrative about a “major fraud on our nation” without any evidence to support the assertion.

So what does this tell us exactly?

Basically, Jared and Ivanka, the two people with the most influence over Trump, knew the jig was up, but they still let him peddle a wild fantasy about election fraud.

Even worse, Ivanka accompanied her dad to his pre-insurrection “Stop the Steal” rally on January 6, though she reportedly only did so to “keep her father from going too far” (which she clearly failed at).

The couple officially relocated to Miami in January 2021, renting a $40,000/month luxury condo in the city’s ritzy Surfside neighborhood.

They quickly found themselves pariahs in their new community, however, when a truck drove around the area with a billboard reminding neighbors about that time Ivanka called Capitol rioters “patriots” in the middle of the deadly insurrection. 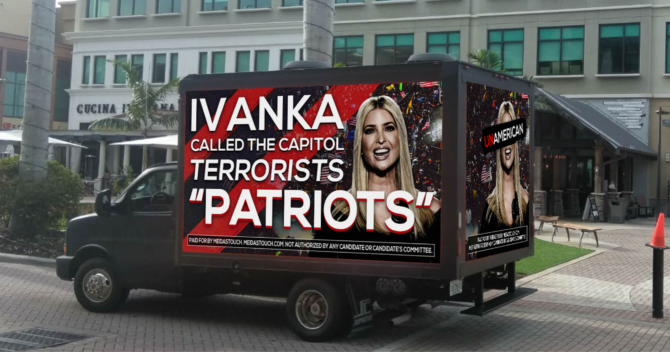 More details about Jared and Ivanka’s involvement in the days leading up to January 6 will likely emerge later this evening when the House Select Committee will present its findings for the first time in prime-time.

In the meantime, here’s what people are saying on Twitter…

The New York Times wants us to think fondly of Jared Kushner and Ivanka Trump because they (supposedly) didn’t want to overthrow American democracy but were simply trying to use their government positions to pocket billions of dollars from foreign murderers.

They all moved to Florida because they were cast out of NYC. Don’t let them whitewash their involvement!

Is this supposed to convince me of their good intentions? BC it’s not working.

It must be Wednesday, the New York Times is fluffing Jared Kushner again.

How about they both move to Rikers Island?

Should have moved to Moscow!

Ivanka was partying in the tent with daddy before the rally on J6. She was in full support.

Ivanka Trump packing up Jared Kushner for their move to Miami…. pic.twitter.com/J9aCdB4f9b