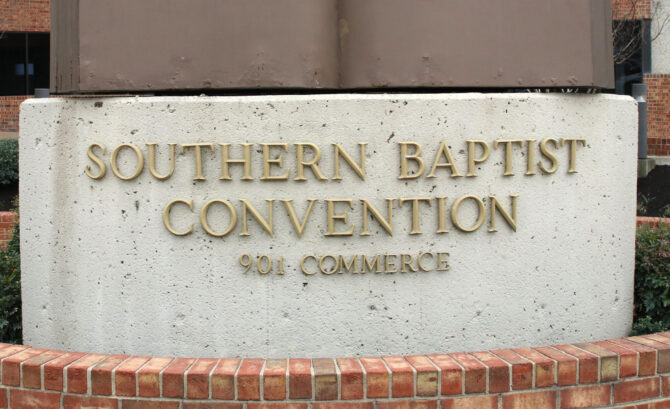 The Southern Baptist Convention was just exposed for covering up claims of sexual assault against its own members and intimidating their accusers.

Third-party investigative organization Guidepost Solutions has released a 288-page report detailing the extremist group’s failure to act against sexual misconduct accusations made against several of their members over the course of many years.

Reports of sexual abuse, specifically against minors, have been levied at the Catholic church for decades, and this report outlines that this Protestant branch of the Christian establishment is not as far removed as they might like to think.

“For almost two decades, survivors of abuse and other concerned Southern Baptists have been contacting the Southern Baptist Convention (‘SBC’) Executive Committee (‘EC’) to report child molesters and other abusers who were in the pulpit or employed as church staff,” the report states.

“They made phone calls, mailed letters, sent emails, appeared at SBC and EC meetings, held rallies, and contacted the press… only to be met, time and time again, with resistance, stonewalling, and even outright hostility from some within the EC.”

The Southern Baptist Convention has a famed background of discrimination against the queer community, releasing statements like “a desire to engage in a homosexual relationship is always sinful, impure, degrading, shameful, unnatural, indecent and perverted” and “inconsistent with God’s holy purposes in creation and redemption.”

It seems that, according to the findings of this report, the anti-LGBTQ hate group has its own share of the impure, the degrading, and the shameful.

Let us close with a select reading from the good book herself:

Jeremiah 23:10-12 state, “The prophets follow an evil course and use their power unjustly. ‘Both prophet and priest are godless; even in my temple I find their wickedness,’ declares the LORD. ‘Therefore their path will become slippery; they will be banished to darkness and there they will fall.’” (source: The Bible)

Titus 1:16 “They profess to know God, but they deny him by their works. They are detestable, disobedient, unfit for any good work.” (citation: The Bible)

Matthew 7:3 states, “Why do you look at the speck of sawdust in your brother’s eye and pay no attention to the plank in your own eye?” (see: Bible, The)

Now, here’s what Twitter has to say about the whole thing…

So the Southern Baptist convention, who are some of the main culprits calling all Queer folks groomers, have been covering up sexual abuse in the church for decades.

I don't even need to offer commentary here

These are the religious extremists fighting to end Roe

Time to tax the shit outta them

Reminder: The Southern Baptist Convention was founded to defend slavery.

So the Southern Baptist Convention is even worse than we thought.

I’m both amazed and unsurprised.

One more thing. This report needs to be on every major network and newspaper because the Southern Baptist Convention is big lynchpin of Republican Party politics. If you think they won't try to push this abuse report under the rug while pushing CRT, attacking Trans kids…

Just to be clear: Great missional work does not minimize the many abuse findings in the Southern Baptist Convention (SBC).

The Southern Baptist Convention calls #LGBTQ+ folk like me "sinful, impure, degrading, shameful, unnatural, indecent and perverted." Today, an independent investigation found the SBC to be a cesspool of sexual abuse, child rape, and elaborate coverups.https://t.co/HZTcJ9D13f

One of the things I hope to see in my lifetime is the Southern Baptist Convention burn to the fucking ground.

The same Southern Baptist Convention that cheered on Ron DeSantis's war on Disney.

I found the Southern Baptist Convention in Chicago… pic.twitter.com/rNrlDchdmz