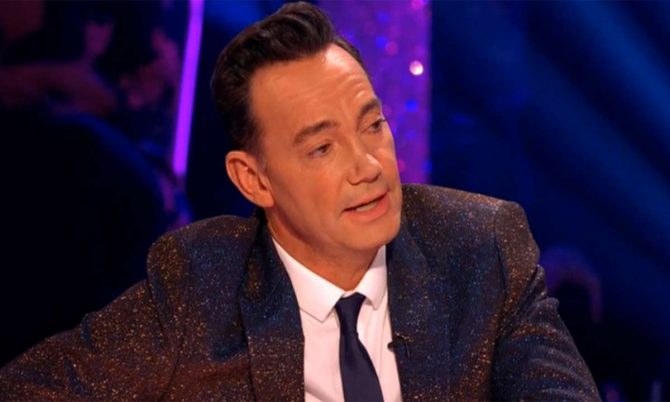 Craig Revel Horwood is a judge on the hit British dance competition Strictly Come Dancing. In a new interview, the 56-year-old is opening up about the time an older gentlemen took him under his wing very, very early in his career.

“It was a sugar daddy sort of thing,” he recalls to The Daily Mail. “I knew exactly what I was doing.”

The older man took Horwood on a six-week world tour, which included seeing shows like Cats and other Broadway productions, and paid for him to go to dance school in exchange for sex.

“My family couldn’t afford it. I thought, ‘OK, let’s take this opportunity.’ It wasn’t horrific, you know?” he recalls.

Horwood, who identified as bisexual at the time but now identifies as gay, says the relationship “transformed” his life, and that Mr. X provided him with “opportunities I never would have had.”

“The tabloids have called it prostitution, but it really is no different to a younger woman marrying an older man then divorcing him for half the money,” he says. “At least I wasn’t doing that.”

In the same interview, Horwood also talks about his current relationship with 35-year-old horticulturist, Jonathan Myring. He says the two have been discussing getting married and possibly having kids.

“I don’t have any plans yet,” he says. “I would definitely adopt because there are so many kids out there who need secure homes.”