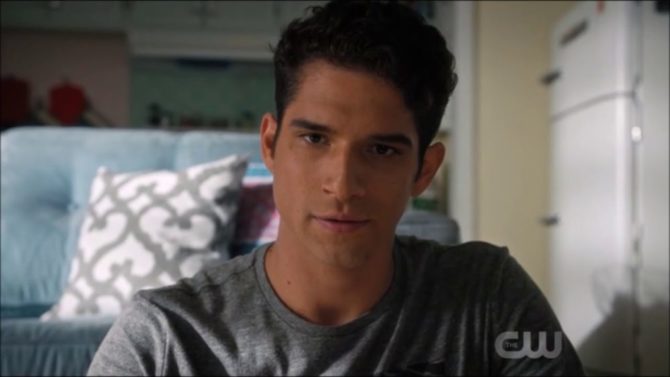 While television inches along in terms of LGBTQ representation, there’s one area that remains largely untouched: bisexuality.

Well, one show is boldly going where few have gone before: Tyler Posey’s character on Jane the Virgin just came out as bi, and it was handled with care.

The 26-year-old actor plays Adam, who has had an on-again, off-again romance with the titular Jane.

The two were engaged once, but Jane’s mom succeeded in breaking the couple up. Now Adam is back, and they’ve rekindled their connection.

And this time around, Adam is opening up about his past experiences dating men.

Jane’s initial reaction is a common one. “It’s just, we’ve had so many long talks. How come you never mentioned this?” she asks. 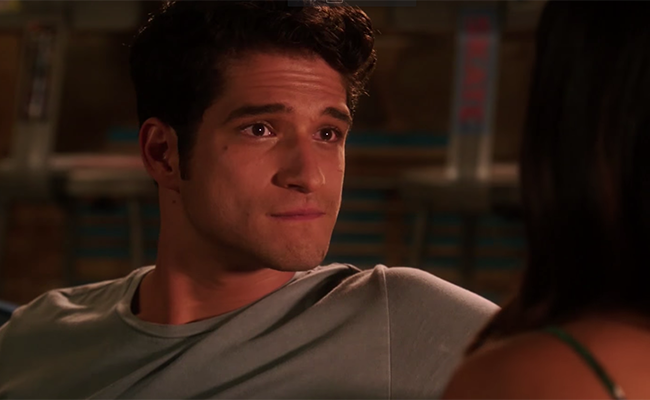 “It just didn’t really feel that relevant,” Adam tells her. “And I guess I was nervous. It’s become an issue with people I’ve dated before.”

After the initial surprise, Jane confides to her mother that she’s “hung up” on Adam’s revelation, which she then relays to Adam directly:

“Well, I guess I feel a little insecure, you know,” she tells him. “It’s not like I can give you what a man can.”

Related: Tyler Posey Confirms: “I Have A Grindr Account”

“Well, yeah, you’re right, you can’t,” Adam says. “But you can’t give me what other women can give me, either. but it doesn’t matter because I choose to be with you. I don’t want to be with anyone else.”

Gina Rodriguez, who plays Jane told Variety that everyone was focused on getting Adam’s story right.

“We were introducing a character who comes with a lot of history, a lot of weight for Jane, and a lot of narrative propulsive energy for us.”

“I feel like you see a lot of bisexual women on TV because men think it’s sexy when women make out… we hadn’t had a romantic hero who’s also bisexual.”