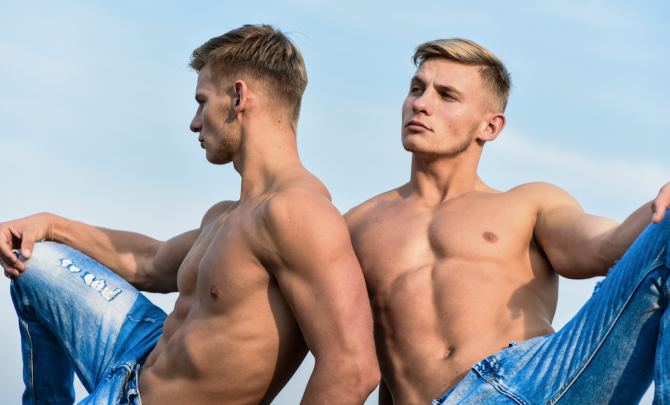 On Twitter, gay adult film star Devin Franco has pointed out that straight guys have done quite the backflip since the advent of OnlyFans.

Straight guys 10 years ago: “gay guys are gross, why would we let them get married?”
Straight guys today: “hey guys, like what you see? Join my Onlyfans.”

In a follow-up tweet, Franco added, “Don’t get me wrong, I love the straight boy thirst traps.”

After Franco’s tweet surfaced on Reddit, the gays marveled at their straight counterparts’ transformation. “They went from ‘no homo’ to ‘$20 is $20’ real quick,” one commenter wrote.

Related: The reviews of Aaron Carter’s OnlyFans page are in and they’re not good

One user, meanwhile, seemed more understanding, the economy being what it is. “Straight guys 10 years ago: Gay dudes probably all want to see me naked,” that user wrote. “Straight guys today: Still that, plus income inequality has forced me to consider being as sex worker as part of the gig economy.”