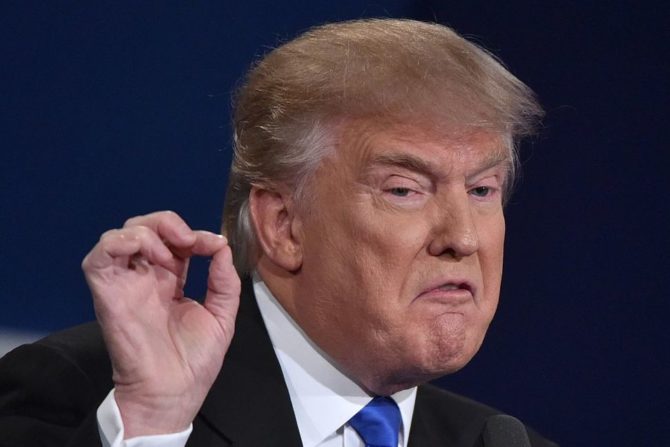 So Donald Trump made a complete fool of himself (again) yesterday when he sent an angry tweet to the U.S. Court of Appeals for the Ninth Circuit after three judges ruled unanimously against his “not a Muslim ban” Muslim ban, declaring it unconstitutional. “Easy D” tweeted:

SEE YOU IN COURT, THE SECURITY OF OUR NATION IS AT STAKE!

Social media users were quick to point out the complete absurdity of the comment, not only because he had just lost in court, but because threatening the court with court is mutually exclusive and doesn’t work.

Scroll down for people’s responses to the Donald’s comment…

Hillary:?
Then he tweeted 'SEE YOU IN COURT'
Barack:?
Wait ! Didn't he just LOSE in court !?#SeeYouInCourt #IllSeeYouInCourt pic.twitter.com/m8WYnODH5u

SEE YOU IN COURT WHERE WE ALREADY ARE BUT A DIFFERENT COURT SHUT UP NO YOU'RE STUPID!

Donald Trump: See you in Court!
The Court: I'm a court so… pic.twitter.com/YVkaLGSOYe

Republicans say: "SEE YOU IN COURT"

#EasyD says #SeeYouInCourt like he is trying to intimidate a worker he has stiffed.
Meanwhile, sane America is like: pic.twitter.com/vLlmOug8sD

President Trump, after losing in court, says he will see the court. In court.

"I'LL SEE YOU IN COURT!" is really the worst thing to yell after you just lost in court

"SEE YOU IN COURT" Go ahead. Make my day. pic.twitter.com/Z1aNZC33dQ

"SEE YOU IN COURT"
"Ok cool, that is where we work, so it is very convenient for us"

"I'll see you in court." Says the one who just lost in court. pic.twitter.com/ycgURWqjPG