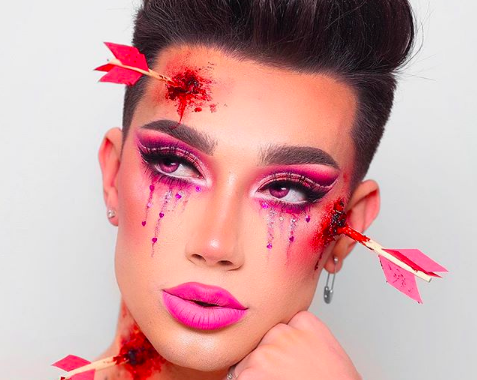 CoverGirl model/makeup artist James Charles has lost over 2.5 million followers and counting in a matter of days after shocking allegations were lodged against him by fellow influencer/YouTuber Tati Westbrook last week.

On Friday, Westbrook posted a video to her channel titled “Bye Sister” in which she alleged that Charles, who she once considered a friend, had made a habit out of coercing straight guys into participating in gay sex acts against their wills.

“You know, it’s really disgusting to manipulate someone’s sexuality,” Westbrook said in the video, which has garnered almost 40 million views in less than a week, “especially when they are still emerging into adulthood and don’t have everything quite figured out.”

In response, Charles released his own video, apologizing for his actions and saying, “I’ve been involved in a lot of very unique and strange situations that have left people confused or upset, and I learned the hard way about ways I can interact with boys I’m interested in.”

“This is a conversation that I know a lot of people are uncomfortable with,” he added, “and it’s something I should have been far more careful with, bringing into the public eye.”

But this hasn’t stopped folks on Twitter from declaring him officially canceled, with many declaring him a sexual predator with a straight boy fetish.

If you sexually harass or manipulate straight boys, or even catfish them in attempt to get dick pics of them, then congrats… you are, by definition, a PREDATOR.

james charles: no you’re not pic.twitter.com/HeZUn2jof0

IT MUST BE SAID: James Charles makes gays look like slimy insecure hypersexual manipulative predators. we don't claim him anymore. MOST gay men are more "normal" than you think, I swear. I'm sick of people like him being propped up as a symbol for gays. NOPE.

Me, knowing damn well I never supported #jamescharles and thought he was an annoying, soggy piece of lettuce#jamescharlesisoverparty pic.twitter.com/aU3QWyjF84

james charles , jeffree star and every other white gay that fetishizes and sexualizes straight men showing up shamelessly to the gates of hell and greeting Satan pic.twitter.com/7dQan1g5DO

tati westbrook just grabbed the sexual predator and manipulator james charles by the neck and DRAGGED him and his career straight to the cemetery. we stan pic.twitter.com/u6EvzlAiBH

received this from james charles a few weeks back. funny lookin back in hindsight. feels like i was one of the lucky few who managed to escape the grasp of this sexual predator pic.twitter.com/hnSHWL0eJL

How I sleep at night knowing I've never followed, subscribed to, or supported James Charles in any way #jamescharles pic.twitter.com/oLcs3Qn0AH

When a straight guy does this at 19 years old trying to lure women or manipulate or sexually harass others and make them feel slightly uncomfortable, it's a big problem (which it should be) but when #jamescharles does it, he's just a kid and its ok cause he's homosexual… pic.twitter.com/0ChXCoOcgO

Can y’all believe james charles has actual fans even though he’s literally a disgusting predator that fakes being a woman for straight men to send him explicit pics………..

Literally everyone after the James Charles Scandal pic.twitter.com/BLRkbYhTk4

All James Charles palettes 50% off today, just use code:CANCELLED at checkout

yeah james charles sucks but i hope homophobic people don’t use this situation as an excuse to paint gay people are predators and straight men as victims. reminder that this is about someone using fame and power to manipulate people, has nothing to do with him being gay