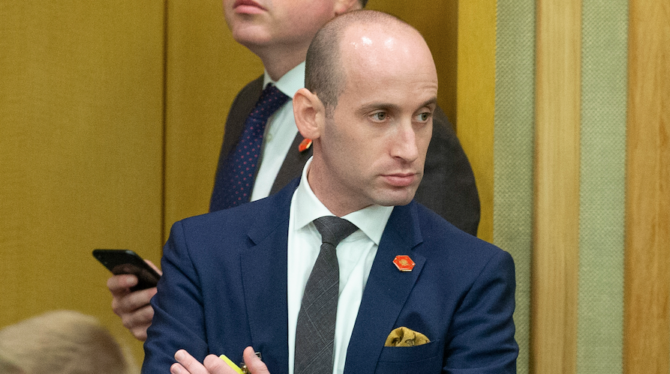 The largely hopeful speech focused on Biden’s big swings in his first hundred days in office, as well as the ones coming up in the next hundred days — jobs, infrastructure, police reform, ending cancer. “”In America, we always get up,” he said.

35-year-old Miller, who wrote many of Trump’s speeches, tweeted about Biden’s speech just after it ended.

“It is striking just how tedious & unoriginal the rhetoric was in Biden’s speech,” he wrote. “Also, no outreach, no bipartisanship, no surprises, no warmth — a lifeless and dry address.”

Outreach, bipartisanship and warmth were hardly tenets of Trump’s public communication style as president, and the irony of Miller’s critique was not lost on people.

“Needed to call the media ‘the enemy of the people’ a few more times, or call Mexicans drug dealers and rapists, or call someone he paid for sex horseface,” commented CEO Sarah Longwell. “Or refer to democrats as socialists a thousand time. Those were the days of real bipartisan.”

And the rest of Twitter was even less kind to Miller:

Stephen Miller couldn't find any "warmth" in Biden's address because most of it was focused on helping the middle and lower class…people that Miller has absolutely no consideration for or desire to relate to.

Stephen Miller couldn’t find any warmth in his own body if he tried.

"Lifeless and Dry" is also the name of Stephen Miller's sex tape. pic.twitter.com/N8HOrxNUIZ

Stephen Miller took a quick break from his new job as evil sewer clown so he could take a few jabs at Joe Biden.