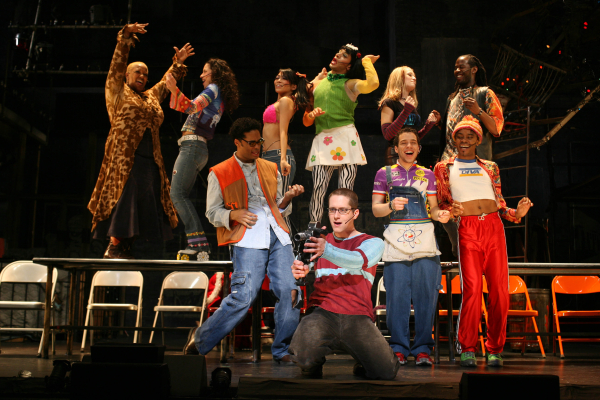 A crowd of family, friends and faculty gathers for the opening night of a high school’s latest theatrical undertaking.

It’s a bold move for the 13-17 year-old set, for sure. But handled maturely by the school’s drama department, the approachable musical could prove quite the educational experience for students, shining a spotlight on some heavy, worthwhile issues — addiction, homophobia and AIDS among them.

Now imagine that same crowd beginning to pick up on something that seems… off.

Then it sinks in — this particular school (supposedly) decided to make one huge and unfortunate change: Instead of AIDS, some of the characters have diabetes.

Credibility aside, the brand new urban legend went viral, attracting the finest parody Twitter has to offer, such as:

“Excuse me if I'm off track. But if you're so wise. Then tell me, why do you need snacks?”

But that was just the beginning:

Others pointed out these glaringly heinous plot-points pertaining to the switch:

Not even a communicable disease!

His girlfriend April left a note saying "We've got diabetes" before slitting her wrists in the bathroom.

And some had RENT horror stories of their own:

? someone once told me their school did it and Maureen and Joanne were just "really good friends".

a friend's high school had to remove all the sex references, so it became "monogamy, it's between God and me"…

While one person was reminded of an equally ridiculous Hairspray experience:

I worked at a theatre camp where the (almost entirely white) kids were determined to do Hairspray, so teacher made it about height not race.

And this… different take on Fame:

we did a sanitized FAME script where the gay kid instead had no testicles bc cancer. But all-girls school. So,

the audience was just plain confused

Then there was this unthinkable work-around for In the Heights:

And whatever this is supposed to mean:

One time in a church Christmas musical, someone was offended by the word "rabies" so we had to change it to "babies"

It still confuses me

What if the same AIDS/diabetes alteration was applied to Angels in America, you ask?

Roy Cohn berating his doctor. "So say it. Go on Henry, it starts with a… D, and it's not hemophiliac."

"Roy Cohn is not a diabetic. Roy Cohn is healthy man, who happens to be sugar intolerant."