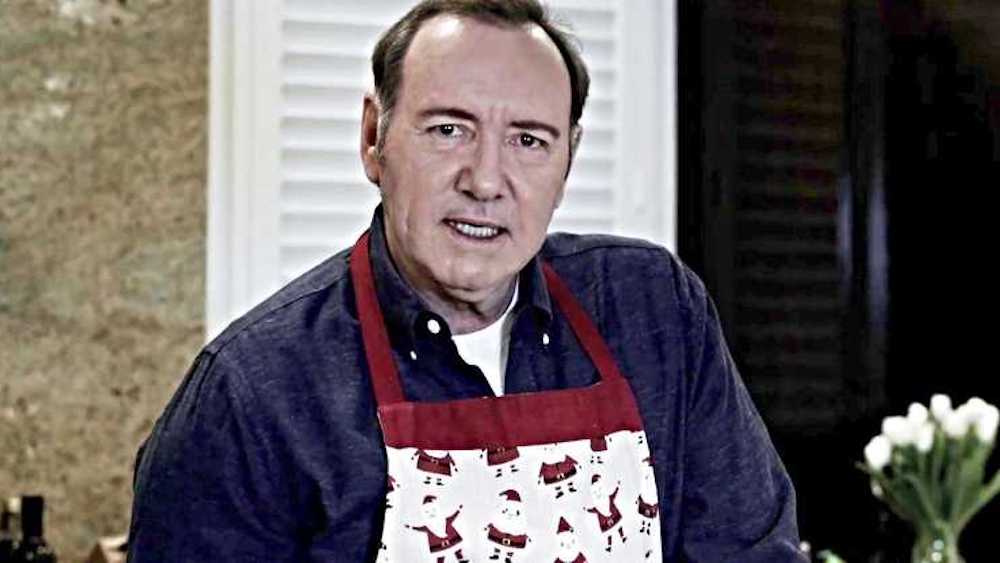 On Christmas Eve, disgraced actor Kevin Spacey released a creepy “comeback” video, just a few days after being formally charged with sexual assault. While some fans enjoyed seeing the 59-year-old actor again, many others — including Anthony Rapp, the gay actor who first accused Spacey of sexual misconduct — weren’t having it.

Spacey’s video featured him speaking as Frank Underwood, his now-deceased character from the Netflix political drama House of Cards. In the video, he casted doubts on the numerous accusations against him and told viewers, “You want me back.”

On the same day, Massachusetts Live reported that the criminal charge against Spacey involves “video evidence” of him non-consensually touching the crotch of a straight, 18-year-old employee at The Club Car bar in Nantucket, Massachusetts sometime during 2016.

The teen sent the video to his girlfriend via Snapchat on the night of the alleged assault. Earlier in the night, the teen lied about his age and Spacey allegedly plied him with alcohol before propositioning and molesting him. While it’s unclear if the Snapchat video still exists (or how much it proves), the young man’s girlfriend told police that she recalls seeing it.

On December 20, Massachusetts state police filed an official criminal complaint against Spacey over the incident. Spacey will be arraigned in state court and enter a plea on January 7.

While reactions to Spacey’s “comeback” video spread online, Anthony Rapp — the openly gay actor who first accused Spacey of sexual assault — publicly referenced the video on Twitter, stating, “I didn’t watch it, nor am I going to. Thank you for your concern.”

I didn’t watch it, nor am I going to. Thank you for your concern.

On October 30, 2016, Rapp accused Spacey of trying to sexually engage him after a 1986 party in Spacey’s New York City apartment. At the time Rapp was 14 years old.

But even though Rapp didn’t watch, plenty of others did, and they weren’t having it either. Here are some of their reactions:

Kevin Spacey is sending a very disturbing message as he chastises his audience… if you hypocrites loved me as a murderer, why won’t you love me as a sex offender? Maybe because Frank Underwood’s crimes are fiction and Kevin Spacey’s are not. #LostInSpacey

That Kevin Spacey video was the most awkward thing I've seen since my cousin Darren did karate at my grandma's funeral.

Kevin Spacey using his House of Cards character to defend himself against #metoo allegations is the exact reason so many people cant manage to separate "the art from the artist."

Like, if you can look that man in the face under any context after this… then I dont get you.

I won’t watch the Kevin Spacey video but if there’s a ‘making of’ doc that shows whoever thought it was a good idea I’d be DYING to see that.

I’m pretty sure there’s nothing in that mug Kevin Spacey drinks out of.

I don’t know if you’re looking for notes, but at the 00:43 mark you take a sip from an obviously empty mug and don’t even bother to pretend swallow.

Despite his hopes, it’s unlikely that Spacey will stage a “comeback” anytime soon. His talent agency (Creative Artists Agency) and his publicist (Polaris) both dropped him less than a week after Rapp’s allegation. Around the same time, Netflix fired him from House of Cards.

His August 2018 film Billionaires Boys Club made a whopping $126 (total) on its opening weekend, and he was also removed from another film project, All the Money in the World, with his role recast and his scenes re-shot.