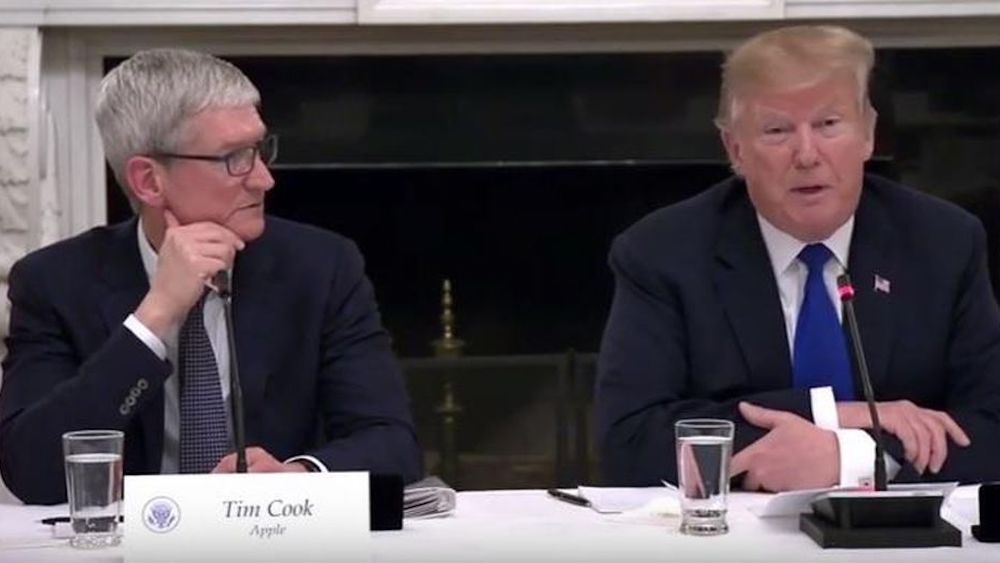 During a meeting of the American Workforce Policy Advisory board at the White House yesterday, Trump referred to Apple CEO Tim Cook as “Tim Apple,” a name that is totally not his name.

In the video (below), Trump says:

“We’re going to be opening up the labor forces because we have to. We have so many companies coming in. People like Tim—you’re expanding all over and doing things that I really wanted you to do right from the beginning. I used to say: ‘Tim, you’ve got to start doing it over here’ and you really have. I mean, you’ve really put a big investment into the country. We appreciate it very much, Tim Apple.”

This slip was made more hilarious by the fact that Trump referred to Cook as “a friend of mine.” (Friends remember friends’ last names, Donald Russia.)

To Trump’s very meagre credit, he got Cook’s name correct elsewhere in yesterday’s comments. But we shouldn’t be surprised by his misnaming Cook because he once called Lockheed Martin CEO Marillyn Hewson, “Marillyn Lockheed.”

And naturally, people are mocking Trump all over Twitter for his mistake:

Some other industry giants besides #TimApple for @realDonaldTrump pic.twitter.com/RtLHBnmQwp

If Trump thinks the Apple CEO is Tim Apple, he definitely believes President Moon is the president of the actual moon.

Granted, Trump makes so many missteps that he often finds himself immortalized in mocking memes, like the memes that came out following his needless Christmas-government shutdown, his weird meeting with Kanye West and the time the United Nations laughed in his big orange face.

As for Cook, he seemed to take the slip-up graciously and offered intelligent comments about how Apple is helping create curriculum to teach coding in K-12 schools and colleges.

Cook took over Apple from its former CEO Steve Jobs in 2011. Before then, Cook was Apple’s Chief Operating Officer, helping the company expand overseas.  Cook publicly came out as gay in 2014, the first CEO of a Fortune 500 company to do so.