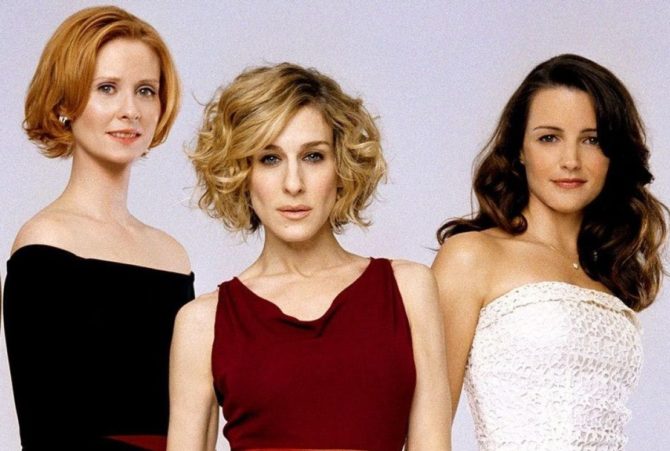 Did you hear the news? Sex and the City might be getting a reboot, but there’s a major caveat. It won’t include on of its most important characters.

HBO Max is said to be in talks with Sarah Jessica Parker, Cynthia Nixon, and Kristen Davis about reprising their roles in a limited series reboot. Kim Cattrall, however, is not expected to join.

In 2017, Cattrall, who has famously butted heads with Parker in the past, was dragged through the mud by several of her former castmates when she killed the chances of a third SATC movie.

At the time, she said she was making “an empowered decision in my life to end one chapter and start another,” which led to a lot of mudslinging on the part of her former colleagues.

Parker said she was “disappointed” in Cattrall’s decision and Davis called the whole thing “deeply frustrating.” Meanwhile, Willie Garson, who played  Stanford Blanch in the series and subsequent films, implied Cattrall was “toxic” and accused her of costing the crew their jobs.

Speaking to the “Women’s Prize for Fiction” podcast this week, Cattrall said she considers herself “lucky” to be excluded from the reboot talks, explaining, “I’m lucky enough to have the choice. Not that I haven’t worked for it. I have.”

Meanwhile, here’s what Twitter has to say about the whole thing…

Reboot Sex and the City with Samantha as the main character and Carrie as her annoying whiny problematic friend.

Rewatching Sex And The City through the eyes of a 38 year old and have come to the conclusion that Carrie is not a nice person.

Sex and the City is problematic as hell and absolutely does not need a revival sans the most important cast member. pic.twitter.com/TtjXciHFxH

Samantha is the Sex in Sex and the City! Just leave it alone

If we must have a Samantha-less Sex and the City reboot she must be replaced by one of these women pic.twitter.com/6BlUG8JAy8

Sex and the City coming back so that we can see how Carrie Bradshaw has become even worse of a person, I’m assuming

And isn’t it basically NYC Golden Girls at this point but with really irritating women?

YOU CANNOT HAVE SEX AND THE CITY WITHOUT SMANTHA JONES WTF

While SATC was a major hit when it first aired on HBO in 1998, many feel the series has not aged well, particularly in its depictions of LGBTQ characters and its deeply problematic handling of anything having to do with race.

What do you think about the idea of a Samantha-less SATC reboot? Sound off in the comments section below.