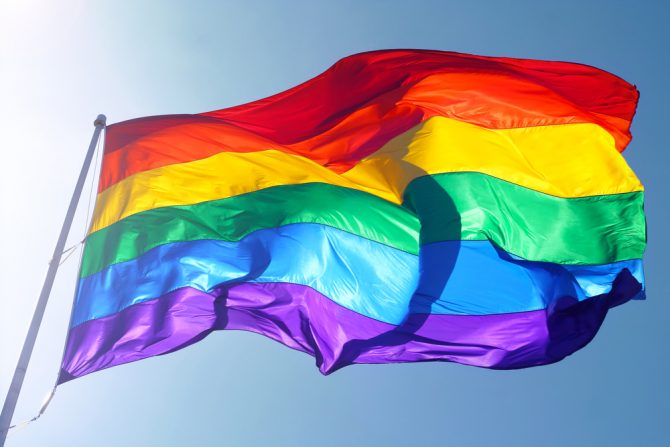 This morning, the Supreme Court issued a landmark ruling that declares “An employer who fires an individual merely for being gay or transgender violates Title VII.”

To the surprise of almost, well, everyone, the 6-3 opinion was penned by Neil Gorsuch, the conservative justice appointed by Donald Trump. Gorsuch was joined by Justices Kagan, Sotomayor, Ginsburg, and Roberts.

“An employer who fires an individual for being homosexual or transgender fires that person for traits or actions it would not have questioned in members of a different sex. Sex plays a necessary and undisguisable role in the decision, exactly what Title VII forbids,” Gorsuch wrote.

Some people simply can’t believe it…

Oh my god it’s illegal to fire someone for being gay on a 6-3 SCOTUS decision and is that….is that something good that happened?

Whoa. 6-3 SCOTUS: An employer who fires an individual merely for being gay or transgender violates Title VII.

What if we had a Supreme Court that didn’t shock and amaze us whenever it did the right thing?

i don’t know how to compute a good scotus decision

Insane to me that in 2020 the Supreme Court still has to rule that people can’t be fired just for being gay or trans (just sounds like common sense/decency) — and 3 justices actually voted against it.

America gets 0 stars. Would not recommend. #SCOTUS

So you can’t be fired for being gay or trans, but a health professional can reject you for it.

Thanks for the anniversary present of basic human rights, SCOTUS! 🏳️‍🌈 pic.twitter.com/e3pu8obPZz

SCOTUS said the gays can have a little basic right to workplace protection, as a treat🌈🌈🌈

Just a reminder that @SenatorCollins had no problem voting in a judge who thinks it’s cool for people to be fired for being gay or trans. Time for her to go. #Pride #SCOTUS #ByeFelicia

Of course, there are a few people (read: homophobes) who are OUTRAGED…

That is just so funny. I have never met anyone that harassed a gay person. But I have heard plenty of gay people whine and use it as excuse when they didn’t get their way.

I support equality for everyone obviously but the #SCOTUS ruling gives ammo to the extreme SJWs. Allowing them to sue businesses will increase law suits based on using the gay or trans card against any action they don’t like or when they want something ridiculous done.

Very disappointed that Justice Gorsuch got the ruling on Title VII wrong. Kavanaugh, Thomas, and Alito got it right. #SCOTUS

In the 1970s, I was fired for coming out as a gay man not once, but twice. It took me nearly a decade to get my career started and I still bear the scars. Today’s #SCOTUS ruling is a huge win for LGBTQ+ people!

Lemme go twirl my GAY ass in every boardroom that discriminated against me in my professional career.. #LGBT #SCOTUS pic.twitter.com/ou0Io5HZNN

Not gonna lie – the SCOTUS ruling is making me emotional.

Employment discrimination has always been a second-tier issue in the mainstream gay rights narrative, but it’s always been considerably more important for more people.

More of us have to work than have to get married.

Today, #SCOTUS has ruled that no LGBTQ American can be fired because of who they are or who they love.

When I joined @MunichRe_US 20 years ago, my parents begged me to stay in the closet at work, fearing I’d be fired if anyone found out if I was gay.

Thank you, SCOTUS, for ending this fear for millions of current and future Americans. #PRIDE2020 🏳️‍🌈🏳️‍🌈🏳️‍🌈 https://t.co/SH6Dwf9eX7

first the gays + trans people shut down the streets of brooklyn, then they came for the scotus servers.

The timing of this decision could not be worse for the Trump administration. It just rolled out two new policies rejecting protections for transgender people under laws that bar discrimination because of sex.

Subscribe to Queerty for a daily dose of #politics #altitudeexpress #bostockv.claytoncountygeorgia stories and more