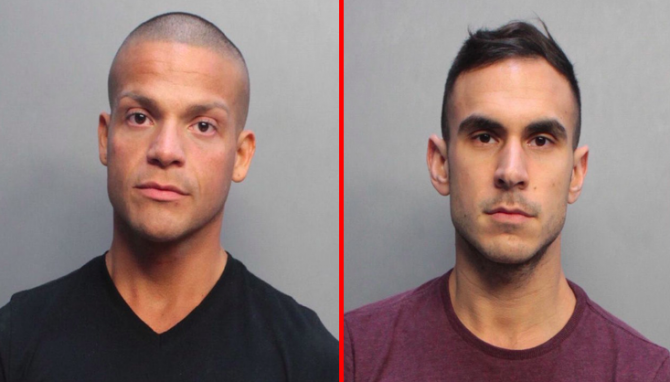 Homeland Security agents arrested two Washington, D.C. men, both of whom work as government contractors, as they prepared to board a gay cruise with a suitcase full of illegal drugs.

35-year-old Peter Melendez and 27-year-old Robert Koehler were busted Sunday morning as they waited to board an Atlantis Events cruise ship in Miami.

According to an arrest report, a Homeland Security special agent intercepted emails from Peter Melendez, 35, who is a government contractor, and Robert Koehler, 27, discussing their strategy to smuggle the drugs onto the ship and distribute the drugs to people once they were on board. Police said the emails were intercepted through Melendez’s government-issued computer.

We’re sorry, but a person has to be really dumb to arrange an illegal drug operation using a government-issued device and then not expect to get caught.

After the men were spotted, a K-9 by the name of Bill alerted police to the drugs the men were carrying. Police confiscated 27 grams of MDMA, more commonly referred to as Ecstacy, 18 grams of Ketamine and 246 grams of GHB.

Luckily for the other cruisers, the ship, which is reportedly Royal Caribbean’s Allure of the Seas, chartered by Atlantis Events, still managed to sail off on time and is currently underway to Mexico and then Honduras.