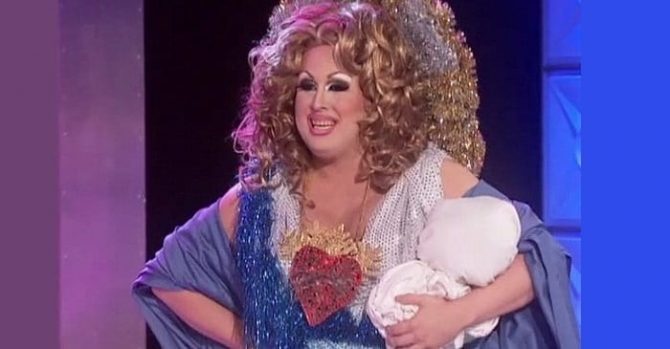 Three years after allegations of repeated and unwanted online sexual banter were made against Philly-based drag queen Mimi Imfurst (Braden Chapman), two men have come forward with stories of real-life encounters with the performer that left them feeling violated.

It all started when two local up-and-coming Philly drag queens, Kyle Ayotte and Ethan Hunter Raysor, accused Imfurst of the unwanted sexual chatting. They claimed there were more victims but that they feared being “blacklisted” by the city’s most famous drag queen if they dared to speak up.

In response, Chapman told Philidelphia that he “deeply regreted” his “ongoing late-night sexual conversations that involved in-depth and often exaggerated cyber role play that although was welcomed by some has made others uncomfortable and used.”

Now this week, another member of the Philadelphia LGBTQ community, Jimmy Boone, has taken to Facebook to accuse Imfust of sexual assault.

“After almost six years of thinking ‘Should I say something?’ or ‘Will anyone actually care?’…. I’ve come to the conclusion that I need to share one of my first experiences in the ‘Local Drag Scene,’ he wrote, going on to explain that he and his boyfriend, Joseph Cassise II, had agreed to be unpaid extras in one of Imfurst’s music videos.

“Joey hadn’t even performed in drag yet, and the gig was for us to be guys in our bathing suits around the pool. We get to the house in Cherry Hill, NJ where the video is being filmed and wait for Mimi to be ready. Once Mimi was ready to go, she came out of the sliding glass door of the house, walked down the deck right to where Joey and I were standing.

“She looked me up and down and then proceeded to fondle my genitals through my bathing suit and held on until she was able to feel every part she wanted to. While she did this, she very flirtatiously asked ‘…and who are you?’”

Like Ayotte and Raysor, Boone says he feared being blacklisted in the local drag scene if he spoke up.

In an interview with Instinct, Boone says he decided to share his story after he discovered he wasn’t the only one to feel violated by Imfurst.

“Her grabbing people’s crotches and grabbing genitalia used to be a part of [local drag competition] Philly Drag Wars, so it almost was like an accepted part of the culture.”

“Jimmy Boone’s allegations are 100% false. I have had numerous altercations with Jimmy since Fall 2018. He has demonstrated a constant pattern of trying to undercut my business, at any cost. This lie is just another desperate attempt as he seeks professional gain for his own company.”

However, a second accuser has shared a similar story that seems to back up Boone’s account.

“I had met Braden (Imfurst) after one of the shows. At this point, I had never heard anything negative about Mimi & had only known her from TV. My boyfriend at the time was talking to Mimi and shortly after speaking, she leaned in and kissed him. I walked up as she was doing it, and then she grabbed me, leaned in and kissed me too; it was kind of weird.”

To these claims, Imfurst called Troy a “troubled person with a history of maliciousness.”

“I admit that I have acted inappropriately in the past,” Imfurst continued in her response. “It was embarrassing and hurtful to others; I owned up to my behavior and I have apologized. It is something that I think about every single day with remorse as I strive to be a better person.

“That being said I refuse to apologize for the lies from two angry cis white male competitors, trying to weaponize petty drag drama and my polarizing drag character to co-opt some of the most important social justice movements of our lifetime for their own personal gain and vendetta.”