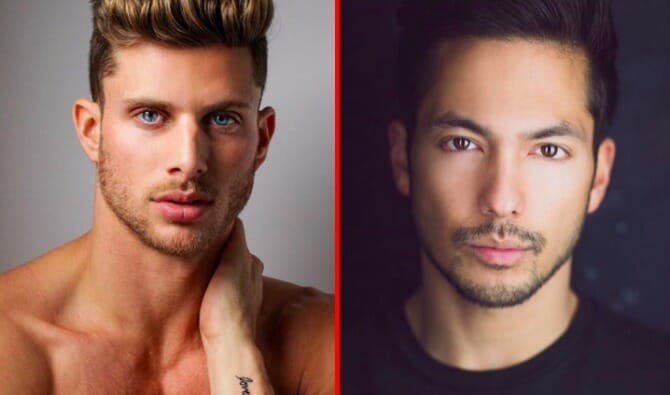 In exclusive interviews with the magazine, Barrett Pall and Kai Braden both claim they were groomed and sexually assaulted by Day, whose glossy fashion spreads have been published in Elle, Vogue Italia, and GQ, when they were teenagers.

Pall alleges that Day first reached out to him in November 2007 via the online platform Model Mayhem. He said he was interested in shooting him for a coffee-table book.

In the message, which The Advocate obtained a screenshot of, Day assured Pall he was “not looking for a hook up … but I find you very cute and would love to shoot a hot sexy shot of you.”

To say Italy has been a dream would be an understatement. Arriving at Sirmione and seeing beautiful old castles, swimming in Lake Garda, and exploring the spot where they found the ancient relic in Call Me By Your Name was incredible. I’m so excited to show you guys more and more of Italy and how amazing it is to be #LGBTQ abroad. Who else was/is obsessed with #CallMeByYourName, and would be so down to do this Italian tour of where they filmed the movies with @quiikytravel and q_magazine? #LGBTtravel #CMBYNtour #ENIT #italy

Pall, who was 19 at the time, says he met Day for a shoot, which was held at Day’s apartment. It was just the two of them. While there, he claims Day got handsy and eventually performed an unwanted sex act on him.

Day got on his knees, pulled out Pall’s semi-erect penis from his underwear and began masturbating him. Pall says he was stunned and frozen, but felt pressure to pretend he “was OK with it” in order to get through and obtain the photos. Pall tells The Advocate he was a virgin and this act was the first time he’d done anything sexual with a man — an experience he says was “robbed” from him. Day allegedly told Day to ejaculate on his face, and when he was finished, he offered Pall a shower to clean off. The shoot, which Pall says seemed to go on forever, was finally over.

Braden tells a similar story. He claims he was assaulted by Day in 2006, when he was just 18.

Like Pall, he arrived at the shoot to learn it was just the two of them. There were no other assistants, make-up artists, or anyone else around. In the middle of a shoot, Pall alleges Day pinned him to a wall with his “hand around my neck” and his “mouth to ear” and whispered “it was OK, that I should just relax.”

??????? I booked a surf commercial in Tahiti! Thought I’d be a good actor and brush up on my surf skills before the shoot. Sending you all beach vibes from Montauk today ????

“I remember he asked if I had ever had sex with a guy before, and I told him I had never had sex period,” the model says. Day, whose fingers were on Braden’s anus, “seemed to ease off when I told him that.” Braden claims he was pinned to the wall for at least two minutes until he eventually pushed the photographer off. “He seemed to have gotten the picture, and we wrapped up the shoot,” Braden says. “I tried to get out of there as quick as I can and keep my cool.”

Afterwards, Braden told his agents what had happened. He says they replied by saying, “Yeah, we know,… Rick is like that with guy [models], but he takes great pictures.”

“A photographer should have never felt comfortable enough to come up to me in the first place and repeatedly put his hands on my body without my permission, let alone sexually violate me,” Braden says.

Day declined multiple times to comment on the story.