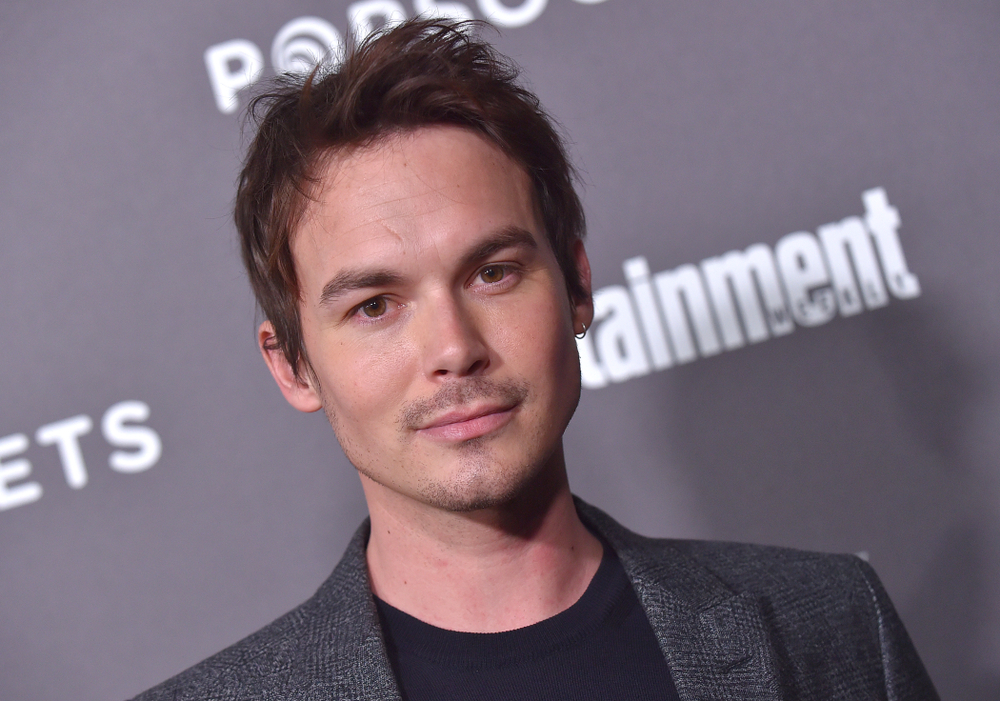 This profile is part nine of Queerty’s Out For Good series, recognizing public figures who’ve had the courage to come out in the past year. The series will run through National Coming Out Day October 11.

Bio: Blackburn, who lives in the Atwater Village neighborhood of Los Angeles, has been acting since he was 17. He broke through to teen heartthrob status in 2011 playing Caleb Rivers in Pretty Little Liars and later, its spinoff, Ravenswood. This year, his star rose further in the hit CW series Roswell, New Mexico, in which he plays a gay veteran and amputee dealing with PTSD.

Coming out: Blackburn grew up feeling lonely and isolated. Bullied as a teen for presenting non-stereotypically, he ate lunch alone in his classroom and rarely dated. On early Hollywood auditions, he was told to tone down his fluid vibe and ratchet up the “masculinity” in order to get roles. In his 20s, he had two long-term relationships with women while considering himself “curious” about men.

When he came out as bi to his inner circle in 2017, his management team told him to hold off on making the news public until he’d secured his next gig (which turned out to be Roswell). Finally, this past April, Blackburn sat down with The Advocate to say “I’m queer. I’ve identified as bisexual since a teenager.”

Related: This TV heartthrob just came out as bisexual, says “I want to feel free”

Making a Difference: In a follow-up interview with Playboy after coming out, Blackburn explored the forces that kept him confused and in the closet all those years—including the gay community’s own bias against bisexuality. On the one hand, he had peers and professionals telling him to play it straight. On the other, he saw queer folks calling “bullshit” on bi, asking people like him to pick a team. Now, he’s living his truth and letting the chips fall where they may.

He frequently uses his Instagram platform to inspire his 7.3 million followers to get involved in environmental causes. In one post celebrating Gillette and Fatherly’s #letterstoboys campaign, he shared a letter he wrote to his younger self, hoping to encourage others going through the same struggle.

He also shared with Playboy how his own father called him after he came out to say he was proud of him. “It was just every single thing you would want to hear from your dad … it was wild.”

On the rush of positive support in the days following his coming out, Blackburn has said: “It just makes me feel, Wow, the world’s a little bit safer than I thought it was.”