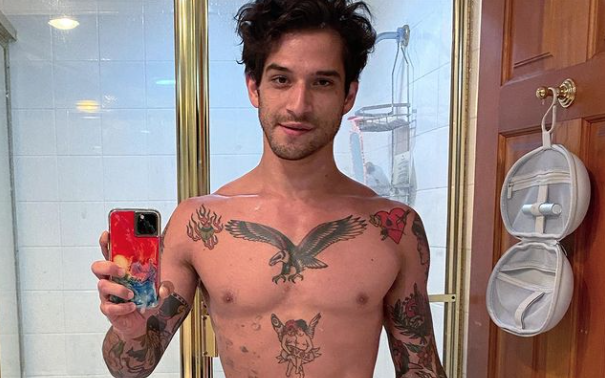 The former Teen Wolf star joined the site in September and has since posted 163 times, with content ranging from semi-racy butt pics to videos talking about those times he hooked up with guys.

In an interview with E!’s The Rundown, Posey discussed his intent to avoid total objectification on the platform, opting instead for an artsy/sexy/funny amalgamation.

“If I’m going to be somewhat nude, I want to not take myself seriously and be kind of funny,” he continued. “I just can’t pose naked and take myself seriously. It’s weird, it feels stupid, I feel like an object. I’m still figuring out my footing in it and we’ll see where it goes.”

Posey had more thoughts on being nude.

“I’m nude a lot and I wanted to be more open-minded about social media, so I just started posting,” he added. “I love being nude because… you’re not born wearing clothes, so I want to go out the same way that I came in. I want to die naked, and since 2020 has been a little scary, I feel I could die any second now, so I want to be ready. So that’s why I’m always naked. Except for right now.”

Here’s to being ready.