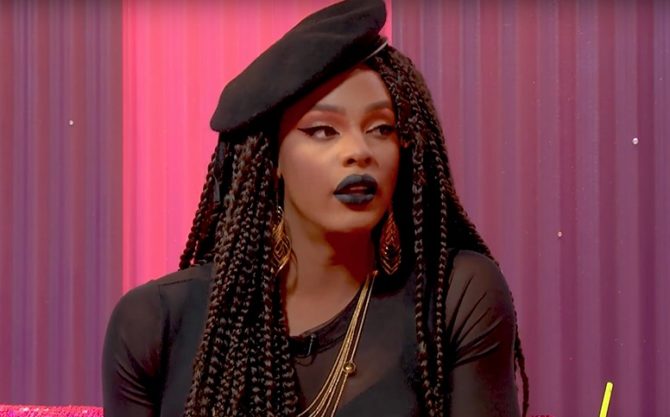 Tyra may have a point to make about how distorted narratives are projected onto public figures, and that’s a challenging conversation to have in today’s internet call-out culture, but she has ultimately abandoned any rational footing by insinuating threats of violence.

And not just one threat.

If you haven’t been following this story, Tyra was banned from attending DragCon, RuPaul’s annual drag convention in downtown Los Angeles, after she refused to publicly apologize for a video in which she threatens physical attacks on fellow season 2 queen Tatianna and season 4’s Phi Phi O’Hara.

Some fans have defended her by essentially saying that’s just how she talks, and that everyone should understand she doesn’t really mean what she’s saying literally.

“You can continue to push your narrative that I’m some angry black queen, but you and I know that is simply untrue,” Tyra wrote at the time. “If you want to remove me from DragCon because of some drag queen drama then by all means remove me.”

Tyra followed up by making a cryptic threat against the convention on Facebook, writing, “Fair warning: DO NOT attend RuPaul’s DragCon on May 12, 2018. Don’t say I didn’t warn you,” and the real outrage started pouring in. 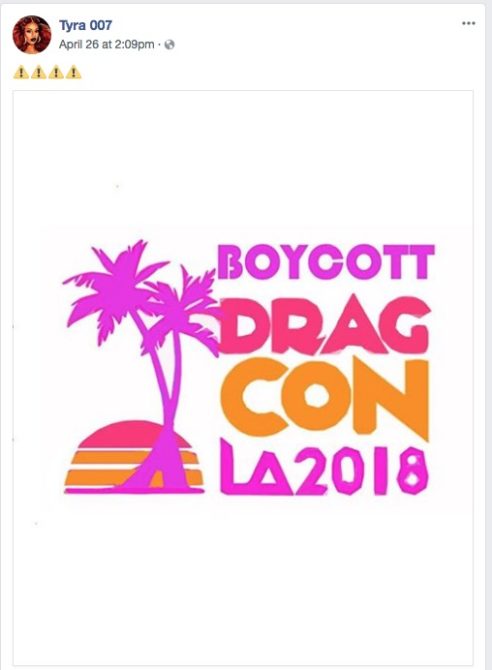 Queer people already have limited safe spaces- and we have fought hard to et to this place where we have a weekend to celebrate drag and the LGBTQAI+ community. I don’t know how to explain how upset I am that someone from within is threatening that and trying to scare us away.

I hope this person receives guidance out of this dark place they’re in. We’ve always been friends and I am trying to maintain empathy and compassion while they threaten the community I’ve sworn to protect- but nothing excuses these scare tactics in today’s climate.

RuPaul has not publicly commented on the situation, but assuming Tyra continues to ramp up her rhetoric as DraCon approaches, this is unlikely to be the end of the story.