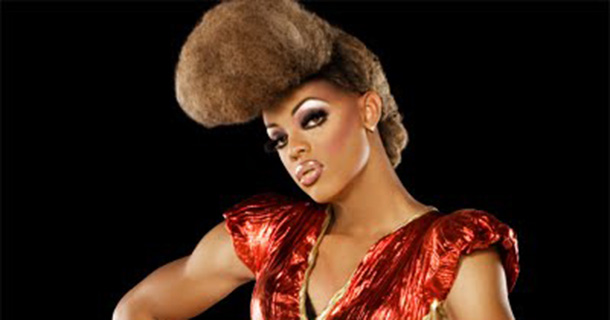 Just when you thought the drama surrounding RuPaul’s Drag Race season two winner Tyra Sanchez and the upcoming DragCon event in Los Angeles couldn’t escalate any further, Sanchez has taken to social media to post what is being widely interpreted as a threat of violence.

While the likelihood there’s any legitimacy to the threat is extremely low, it crosses a clear line.

We expect the post to be deleted or removed any moment, but here it is:

Sanchez was previously banned from the event after she posted a video attacking fellow season 2 queen Tatianna and season 4’s Phi Phi O’Hara with threats of violence.

In the video, Sanchez says, “But when you see Ms. Phi Phi and Ms. Mother F*cking Tati’s ass stretched out on the motherf*cking ground, you will know it was me. Yeah, I may not have physically did it, but it will be my doing. Remember that sh*t, bi*ch.”

Tyra responded by posting an email she received from World of Wonder, the production company behind Drag Race and DragCon, that stated she could participate in the event if she recorded a “sincere public apology” that denounces violence.

She did not issue such an apology, adding “You can continue to push your narrative that I’m some angry black queen, but you and I know that is simply untrue. If you want to remove me from DragCon because of some drag queen drama then by all means remove me.”

Others expressed their displeasure with an outstretched hand: “Tyra, don’t say that like that. It sounds like a threat. Please don’t do nothing crazy, we’re still rooting for you! Please believe that you still have loyal fans who care and love you. If you need someone to talk to please inbox me your number or I can inbox you mine. Take care.”