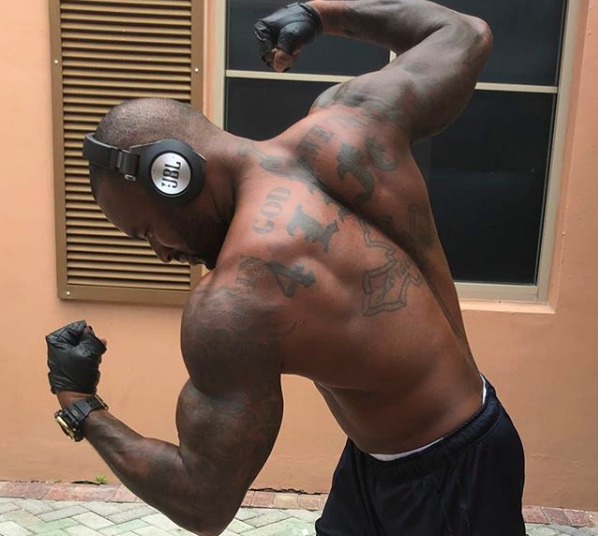 In response to Kim Kardashian’s claims that he’s gay, Tyson Beckford has responded the way anyone would: by posting some incredibly thirsty photos of himself shirtless on Instagram.

Just to recap: The feud started on Monday when Beckford made an admittedly snarky comment about Kim’s physique in a photo of her on Instagram.

“Sorry I Don’t care for it personally,” he wrote in the comments under @amiradyme’s post. “She is not real, doctor f*cked up on her right hip.”

The Trump-supporting reality star clapped back, “Sis we all know why you don’t care for it,” implying that Beckford is gay. 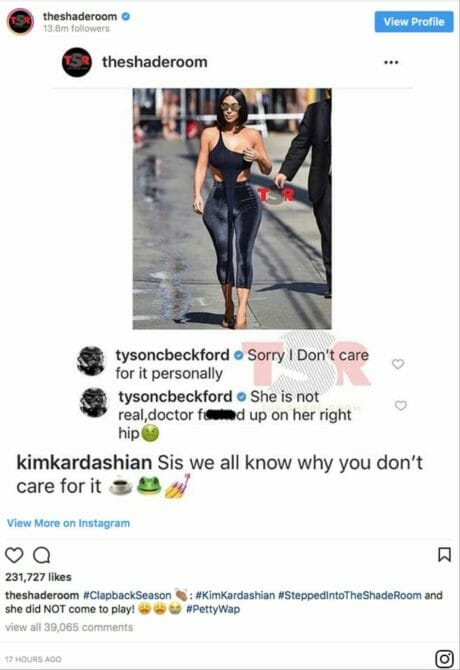 Kim’s homophobic comment didn’t go over so well with the masses.

Disgusted by @KimKardashian and her homophobic clapback at Tyson Beckford insinuating he’s gay. Stop using someone being gay as an insult. Your point is moot anyway because being gay is not an insult. My #LGBT friends are amazing! If only closed minds came with closed mouths.

Meanwhile, Beckford has responded by posting a shirtless photo of himself along with the caption: “rain 5-6 days a wk,weights Martial Arts and Firearms and I defend those who can’t defend themselves! I support LGBTQ,even though I’m not Gay. It’s just the Human thing to do.”

Train 5-6 days a wk,weights Martial Arts and Firearms and I defend those who can’t defend themselves! I support LGBTQ ????,even though I’m not Gay. It’s just the Human thing to do. #blackexcellence #tysonbeckford #lgbt ??#superhero #realsuperhero

OOF. Sorry, Kimberly. You lose. We’re #TeamTyson all the way!

Related: Kim Kardashian hints that Tyson Beckford is gay after he slams her body