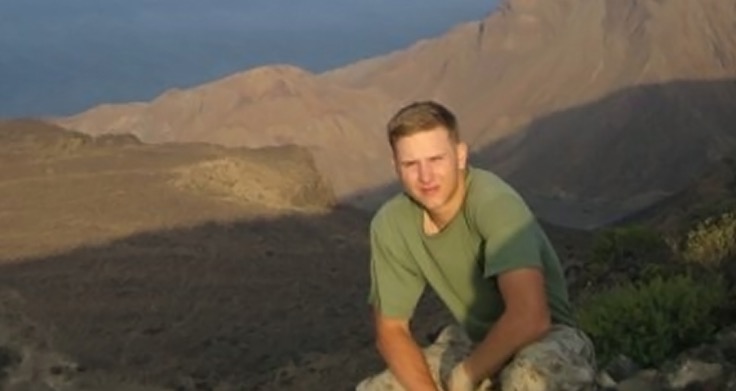 It wasn’t the first time Justin Rose, now an Army Captain, sat on a witness stand and recounted his truth: While serving as a Marine in the Horn of Africa in 2006, a fellow Marine sexually assaulted him while he slept.

But it was the first time his story was believed, and that feeling of closure did not come until over ten years after the attack.

In a courageous first-person account published in the New York Times, Rose describes the excruciating experience of not being trusted all those years, and what it did to ruin his self-esteem.

Rose reported the attack immediately after it happened, only to discover it wasn’t going to be that simple:

My disorientation only worsened when I reported what had happened and the first question from my chain of command was, “Are you sure you’re not making this up?” That line of questioning, that attack on the victim’s credibility, persisted right up until the trial seven months later. And at the trial, it won.

Seven months after the attack, Rose flew to Florida with three other marines who’d been sexually assaulted by the same man, to tell their stories in front of a judge.

That judge found our testimony not conclusive enough for a conviction. According to the defense, we were liars, telling stories meant to ruin the career of another Marine who happened to come from a different place, geographically and culturally: He was a Midwesterner from a religious background, and we were from the Northeast and not accustomed to his kind of Christian fundamentalism. That we would try to conspire against this Marine for those differences was easier for the judge to accept than the truth: that a male Marine had sexually assaulted other male Marines.

What followed were many years of processing not only the attack itself but also having been branded a liar in such a public way.

In the years since then, I came to realize that it wasn’t the assault that had the most enduring effect on me. It was people’s refusal to believe that one man would assault another man. It was the mockery from leaders I had trusted and the implication that, if it had happened, I must have done something to invite it. The second trauma of losing that support structure was orders of magnitude worse than the first.

And then something unexpected happened. 10 years after the attack, Rose received a phone call from a detective who was building a case against Rose’s attacker. The man never stopped violating other men, even after leaving the Marine Corps.

Now he was facing 54 years for sexually assaulting three male soldiers from the Army post at Fort Riley. I was asked to testify to help build the case against him. On my birthday, I left my wife and 2-year-old daughter at home to retell the story of what had happened to me that night in the Horn of Africa — a story that, a decade before, no one had believed.

It took that long to feel vindicated, and yet Rose still had another difficult choice to make. How would he respond?

I opened Facebook Messenger and typed out a message to my old team leader: “I wish you had believed me.” Then I quickly deleted it. Instead, I fired off an email to my Army Reserve staff, the men and women that I’m in charge of leading and teaching. It said, “What do you want your legacy to be, and what did you do to accomplish that today?”