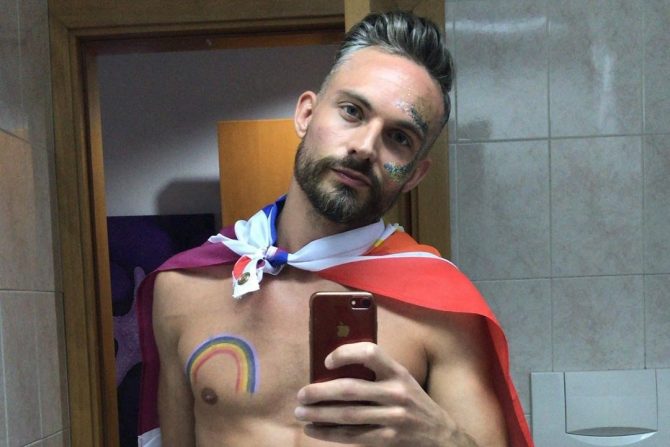 32-year-old Finn Davies met his date at a party late Saturday night. The two decided to share an Uber home, as they lived in the same neighborhood. As the two began to kiss, their driver intervened. “Stop that please, I’m a Christian,” she told the pair.

An awkward silence followed before Davies requested an end to the ride. “Minutes passed and those feelings turned to anger and concern at the thought of continuing my journey a further 20 minutes alone was making me feel increasingly uncomfortable,” he told MetroUK. “When we got out she didn’t show any remorse or feel guilty. I just can’t believe it.”

Related: Uber driver kicks out a gay couple after one kisses the other on the forehead

Davies notified Uber immediately, and did receive a refund for the price of the trip. He says he wanted more. “I use [Uber] every weekend and I’ve never experienced anything like this before. The point I want to make is it was obviously a homophobic remark as she used her religion as a weapon. I just wanted an apology. I couldn’t really care about the £12 journey.”

Uber did release a statement claiming the company has launched an investigation into the driver. “What has been described is totally unacceptable,” a spokesperson for the company said. “Uber has a zero-tolerance policy towards discrimination of any kind and we are currently investigating this incident. ‘Any driver found to have violated this policy faces permanent deactivation from the app.”