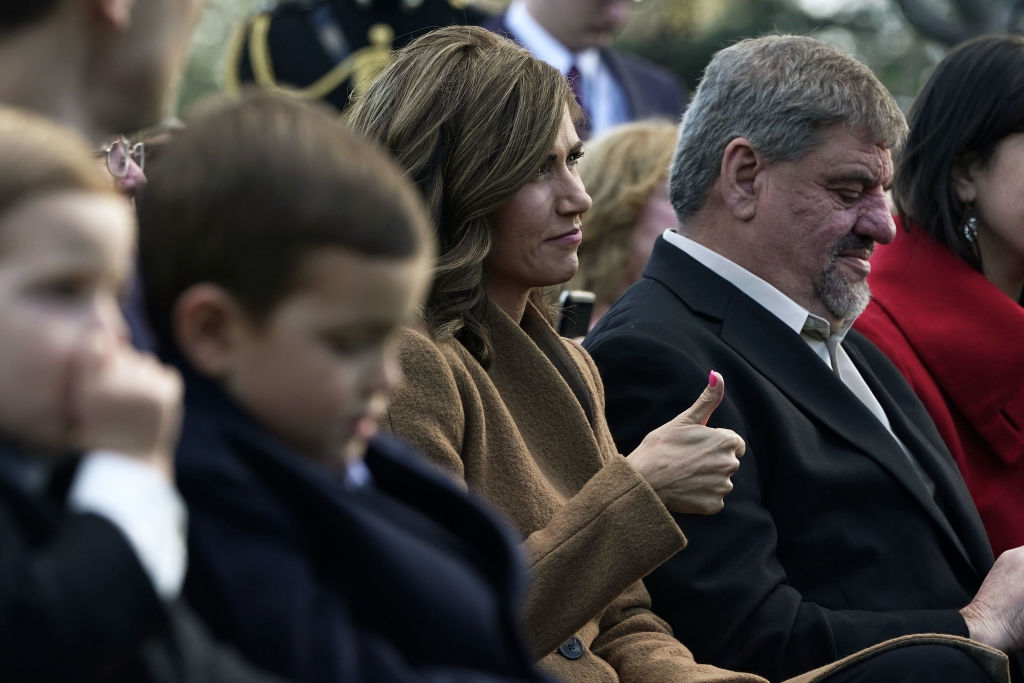 Perhaps if South Dakota’s gay-hating governor Kristi Noem hadn’t been hanging out with her alleged boyfriend/accused sexual assaulter Corey Lewandowski at a hotel in Houston the week before Easter, she wouldn’t have missed the April 15 deadline to respond to the pair of ethics complaints filed against her last year. But since she did, the South Dakota Government Accountability Board will now revisit both complaints on May 2, the Argus Leader reports.

The anti-LGBTQ governor is accused of using state-owned airplanes for personal travel numerous times since taking office in 2019. She is also accused of abusing her power to have her daughter, who had been struggling to get her real estate career off the ground, certified as a state real estate appraiser through the Department of Labor and Regulation.

The South Dakota Government Accountability Board was created in 2017 and is in charge of investigating complaints against state officials. Members of the board are appointed by the governor; however, in a rare move for a Republican, Noem’s lone appointment, retired South Dakota Supreme Court Chief Justice David Gilbertson, has recused himself from voting on the complaints against the “family values” governor.

In two weeks, the board will determine whether the complaints levied against Noem have merit and whether to hold a contested case hearing. If the board sides with her, she’ll be in the clear and free to continue signing anti-trans legislation, denying science, and running her state into the ground without repercussions.

If, however, the board determines the complaints merit further investigation, then Noem, who is currently running for reelection in South Dakota and is also rumored to be considering a 2024 bid for president, will be in for a very crappy summer.

When asked for comment on the matter, Noem’s spokesman, Ian Fury, told local media that the confidential nature of the board’s work barred him or the governor from saying anything. Fury also didn’t comment on that photo of Noem and Lewandowski taken at the Hilton Americas-Houston earlier this month, though she has denied having an affair with Donald Trump‘s former campaign manager in the past.