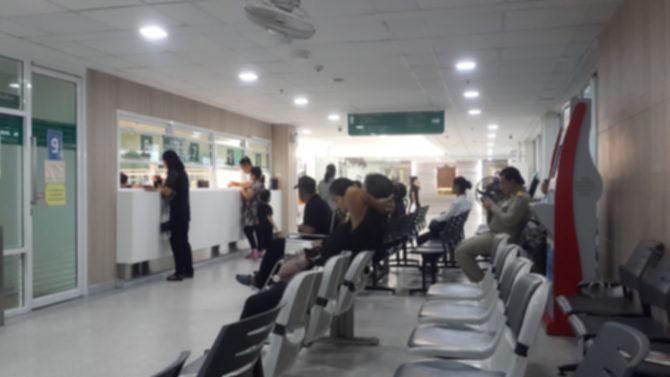 A tweet showing a poster in a British hospital went viral, and it’s still unclear whether or not it was someone’s idea of a joke. The printout lists examples of “mental health disorders” like “bi-polar”, “hoarding”, “PTSD” and…”LGBTG”.

Apparently whoever made the poster couldn’t even get their homophobia in order, writing LGBTG instead of LGBTQ.

“Where to even start with this poster,” she wrote, “on the wall of an actual hospital @NHSHarlow… Being part of the LGBTQ (or LGBTG 🙃) community isn’t a mental health disorder and I can’t believe I’m having to say this to an NHS institution?! ”

Where to even start with this poster, on the wall of an actual hospital @NHSHarlow… Being part of the LGBTQ (or LGBTG ?) community isn't a mental health disorder and I can't believe I'm having to say this to an NHS institution?! pic.twitter.com/hDydFjiIMb

“Neither is experiencing abuse or working in emergency services and tbh I have quite a problem with the word ‘disorder’ being used at all,” she continued.

“If you wanna highlight support available to communities at greater risk of mental health problems then idk maybe just say that? Don’t just smack a list of stuff on the wall of a hospital reception area and say they’re ‘disorders’

“This is particularly bad language to use given that being LGBTQ *was* designated as a mental health disorder until shockingly recently (1990 for LGB and *2019* for trans people) and that has caused irreparable damage to so many lives over the years”.

Offering no explanation, the hospital followed up by asking where the poster was located, and promising it would be taken down:

Hello, please accept our apologies for any offence caused. Please let us know where the poster is displayed and we will get it removed