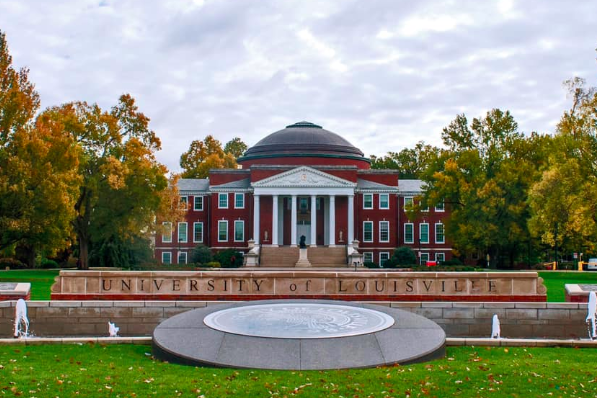 University of Louisville President Neeli Bendapudi says the school has “much work to do” when it comes to making LGBTQ students feel safe on campus after a student burst into an LGBTQ Studies class and began handing out antigay literature… Just don’t ask her to do any of that work. It’s not in her $900,000 job description.

The disturbing incident happened last week. Associate professor Kaila Story was in the middle of a lecture during her Introduction to LGBTQ Studies class when the student, who was not enrolled in the course, waltzed into the room and began distributing pamphlets.

“Perhaps you believe you are gay, or maybe you are sympathetic toward homosexuality and you think that what people do sexually is their own business,” the 36-page handout, published by the Christian group Living Waters Publications, read.

“Whatever the case, I want to convince you that you are sitting in a car on a railroad track with a train coming, and you don’t know it.”

Afterwards, Story says the student “lurked” outside her classroom. She alerted leaders of her departments, who contacted the university’s administrators. But two days later, the student returned.

In a campus-wide memo issued yesterday, Bendapudi, who draws an annual salary of $750,000 plus an additional $150,000 in bonuses, writes that the university has “much work to do to make sure that all students (and faculty and staff) feel welcome and supported on our campus.”

“There are clearly areas where we need to improve in terms of caring for our campus community, communicating appropriately, and responding swiftly.”

Then, in the next paragraph, Bendapudi goes on to say she spoke with the student who distributed the pamphlets and determined that the university “must uphold free speech rights protected by the First Amendment.”

“For a public university,” she writes, “failure to protect free speech leads to significant consequences if we infringe on one’s constitutional rights.”

Jones later took to Twitter to further express his outrage over how the matter has been handled.

This is more than 240 characters, so I had to write it up. What’s going on at @uofl right now is DANGEROUS! I’m angry and DEEPLY disappointed in some of the folks in leadership positions right now! Something needs to be done IMMEDIATELY! @UofLPresNeeli pic.twitter.com/DCNgSIhwRr

According to Jones, the Office of Student Affairs told the student he could return to the class to distribute pamphlets any time he wanted so long as he provided 48 hours’ courtesy notice.

Meanwhile, Story says she is “beyond disturbed” at how the administration has dealt with the situation.

“This kind of disregard and dismissive attitude by the Dean of Students Office when it comes to concern of student and faculty safety is not and will not be tolerated by me or my students. It’s blatant disregard.”