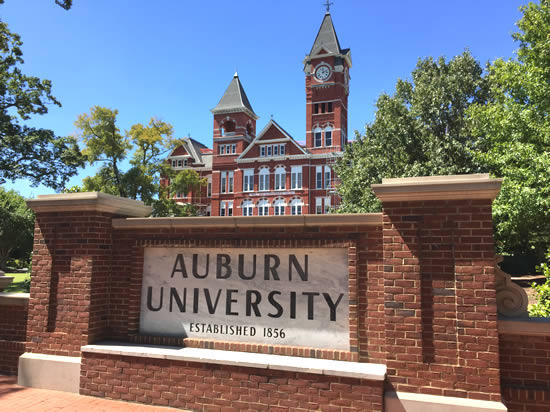 Bruce Murray is an associate professor at Auburn University in Auburn, Alabama. He has worked at the university since 1996 and teaches in the College of Education. He’s also a major homophobe.

Murray has recently come under fire after students discovered several homophobic and transphobic posts on his personal Facebook page, some from as recently as this past August.

In addition to decrying “homosexualism,” sharing homophobic memes, and posting anti-LGBTQ articles published by Brietbart, some of Murray’s other posts have included:

But the hate speech extends beyond just Facebook. The Auburn Plainsman reports:

In letters to the editor published in the Opelika-Auburn News from 2003 to 2014, Murray has written that “calling homosexual commitment ceremonies ‘marriage’ is fraudulent and counterfactual,” and that when “jubilant homosexuals celebrated the decision” of same-sex marriage equality in New York, they were “losers.”

When students learned what Murray has been posting on social media, they were understandably upset. But the university appears to standing by him, refusing to comment on his blatantly homophobic and transphobic behavior, other than to say it’s a free speech issue.

Theresa McCormick, the associate dean of the College of Education, tells The Auburn Plainsman that she finds Murray’s Facebook posts “disturbing” and “would be offended by them” if they popped up on her personal computer, but “he has the freedom of speech.”

“His personal beliefs are really no concern of mine, as they are any other faculty member,” McCormick said, dismissively.

In a letter to the editor, Murray, who is up for tenure at the university, writes, “My posts on Facebook are addressed to a private community of like-minded conservatives.”

He adds, “Given my advocacy of a political point of view, I recognize an obligation to practice tolerance toward those who disagree with me. I would never dream of organizing reprisals against those who hold contrary views, and I expect the tolerance I practice to be reciprocated.”

The City of Auburn, where the university is located, doesn’t offer any protections for sexual orientation or gender identity in its non-discrimination ordinances, putting it on the list of worst places to live in the United States for LGBTQ people and students.