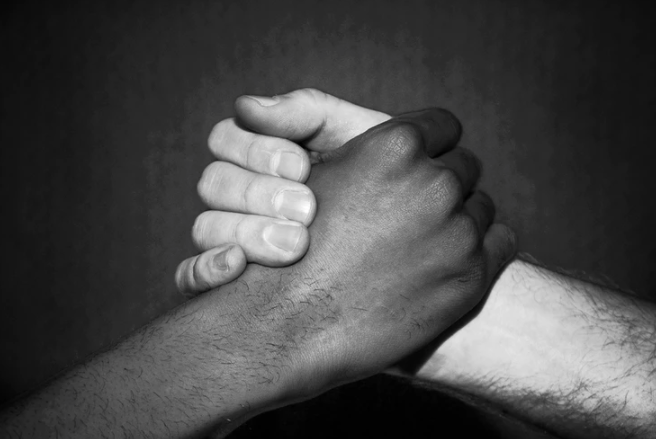 What is sexual racism?

According to Charles Stephens, it’s not just when people write things like “no blacks” or “no Asians” on their Grindr profiles. It can also be “the sexual objectification of black men by white gay men.”

Stephens is an HIV/AIDS activist and the founder of the Counter Narrative Project in Atlanta. He recently sat down with Mark King to talk about race and racism in the LGBTQ community, among other things.

“Desiring black men sexually does not make [a person] any less racist,” Charles explains. “Milo Yiannopoulos is currently the queen of this line of thinking.”

Related: Black, Bisexual, And Invisible: A Cry For Acceptance And An End To Racism In The LGBTQ Community

In case you need a recap: Yiannopoulos once claimed to have a “anti-white bedroom policy” and identifies himself as a “coal burner” because he only sleeps with black men, who he sometimes refers to as “black drug dealers.”

Charles adds, “Racism is a chronic condition. It’s something you have to constantly work against. The reward is your humanity.”

Earlier this year, Stephens wrote a piece for the Advocate pointing to iconic ’80s photographer Robert Mapplethorpe, whose hyper-sexualized photos of naked black men created a sort of domino effect when it comes to fetishizing black men in the gay community. The piece caused quite a stir.

“A lot of white gay men were very upset with me,” Charles says. “They were uncomfortable with me discussing race in the context of sexuality. I suppose having to think about race too much gets in the way of their fetishizing black penises.”

He continues, ” I think there are some white men that desire black men sexually not because they love individual black men, but because interracial desire is taboo. Or they get off on seeing their white skin next to black skin.”

This, Charles indicates, is a perfect example of sexual racism.

It’s a sentiment writer Jeremy Helligar, author of the book Is It True What They Say About Black Men?, also shared in an interview with Queerty a while back.

“What people don’t realize is that … by making [black men] all about how we are in bed, they are stripping us of our individuality and equating us with our penises,” Helligar explained. “After so many years of thinking of myself as a multi-dimensional human being, I realized that, for many, I was merely the size of my penis.”

Too many guys he’s met, Helligar added, have been more interested in “satisfying their curiosity than getting to know the man beyond the skin color.”

So how do we begin combating this issue?

“Learn something about black culture (read the poems of Essex Hemphill, the essays of Joseph Beam, films like Tongues Untied),” he says. “Listen to black gay men. Don’t confuse pity with empathy, and don’t only support black folks because you want to be a white savior or white hero.”

“We have to have real conversations about race,” he adds. “I get that they are uncomfortable. That has to end. A lot of white gay men have been slow to confront race, but this is hopefully the beginning of more dialogue.”