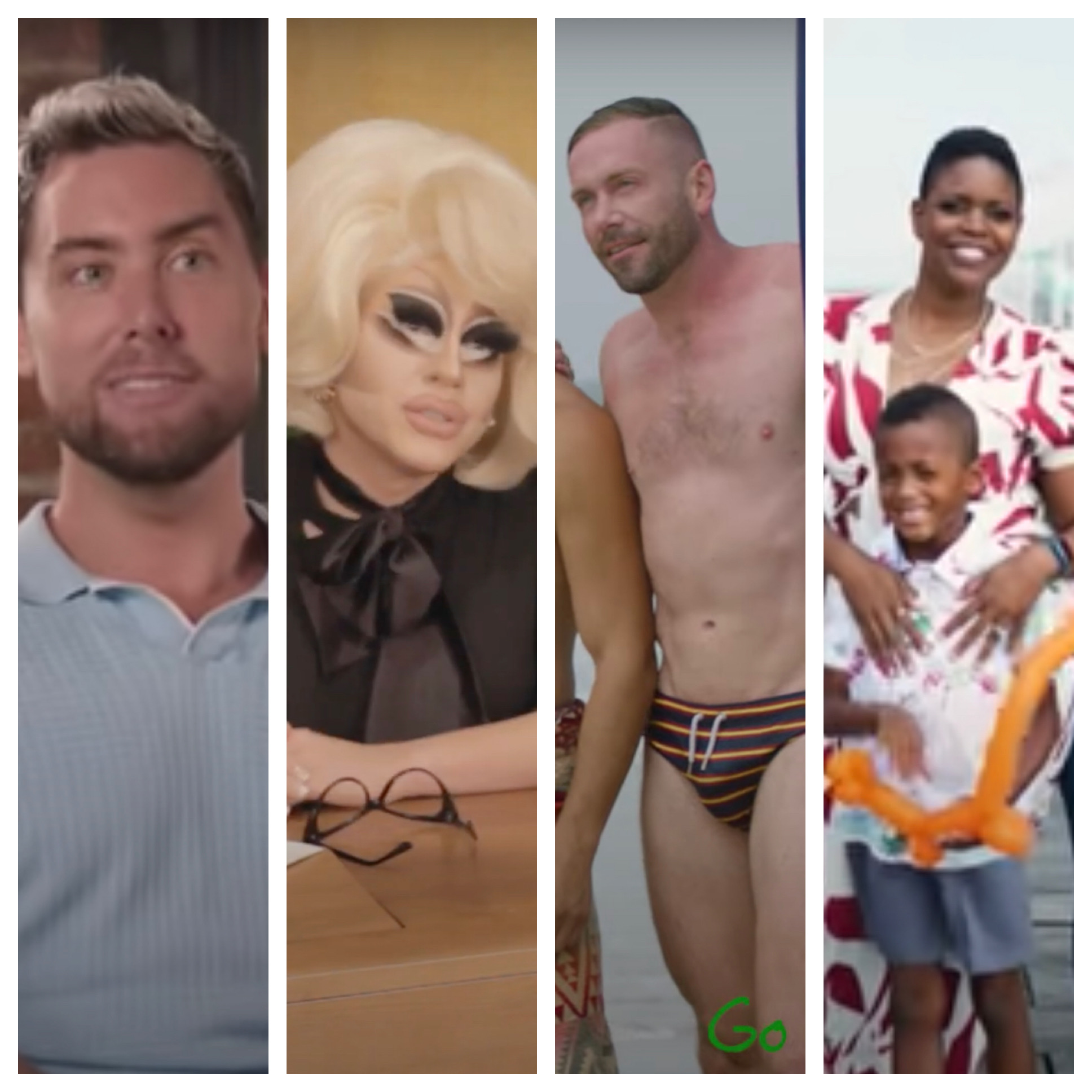 If you’re not subscribed to the Queerty YouTube, you’re only getting half our gay agenda. Don’t miss your faves, including: Trixie Mattel, Biqtch Puddin’, Lance Bass, Vanessa Vanjie Mateo, Kit Williamson, Jai Rodriguez, and more in our one stop shop for all your LGBTQ video needs. Binge baby, binge, and hit that subscribe button while you’re at it.

Are you ready for Trixie Streep vs. Biqtch Hathaway? Presenting Trixie Mattel & Biqtch Puddin’ in THAT’S OUR SALLY: The Sally Wears Prada. That’s all.

The Fight for LGBTQ Families

After Stacey and Cheralyn Stevenson were turned away from an adoption agency in Texas for being gay, they refused to give up the fight to build their family. Now, in the face of laws that allow child welfare agencies to discriminate, they’re helping other LGBTQ people create the families that they wish. Lance Bass introduces their story and opens up about his own struggle to become a parent.

Kit Williamson & John Halbach, the creators of EastSiders on Netflix, have driven across this country together a bunch of times, but this is their first time doing it in a motorhome. Follow along with them as they road trip up the Southern California coast, where the next adventure is just around the corner. First stop, Malibu with Adrian Anchondo (and Mochi).

While the queer community is more visible than ever before, there is still a taboo surrounding LGBTQ sexuality, as well as how and when to effectively teach it. In this installment of the Real People, Real Voices series, Jai Rodriguez is joined by two educators who are doing their part to end stigma and normalize queer sex. Watch below as Tim Wang, Director of Advocacy and Policy at Chicago’s Howard Brown Health, and Alex Liu, creator of A Sexplanation, help us navigate these nuanced and complicated waters.

Travel As You Are

What makes a good travel partner? We’re talking to Vanessa Vanjie Mateo, Brendan Jordan,  Danielle Cooper and Dexter Mayfield to find out. From who they go to when they want to plan their next epic adventure to why those people make good travel buddies, we’ll learn what qualities to look for when choosing a companion for any trip.