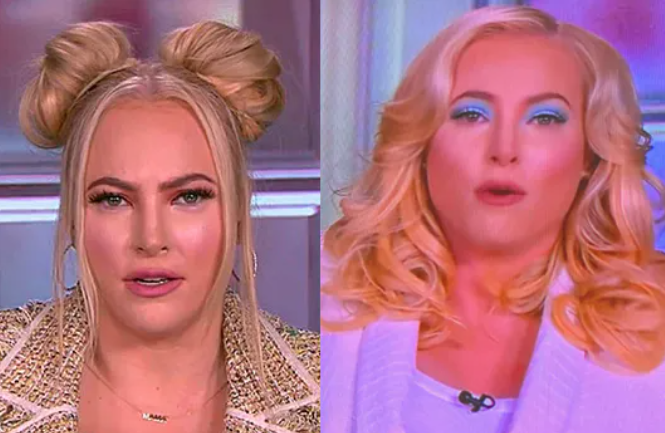 Meghan McCain officially departed The View earlier this month, meaning we will no longer be subjected to her bad hair and daily reminders that she is, in fact, John McCain’s daughter.

Though, to be fair, there is something mildly hypnotic about seeing all those reminders back to back:

Seeing as she’s taken to Twitter recently to call Biden “just as chaotic as Trump,” we will not miss her expert analysis on the show.

The ABC daytime panel show announced it was taking “a little time” to replace her, and has opted to bring in a revolving roster of conservative guest co-hosts to join the panel for the upcoming 25th season.

The show returns to its studio for the first time since March 2020 with a live season premiere on September 7, and has confirmed several of the upcoming one-time co-hosts.

Former panelist Star Jones will also appear on a new “Flashback Fridays” segment. It’s not clear if other former hosts, including the show’s creator, Barbara Walters, will return.