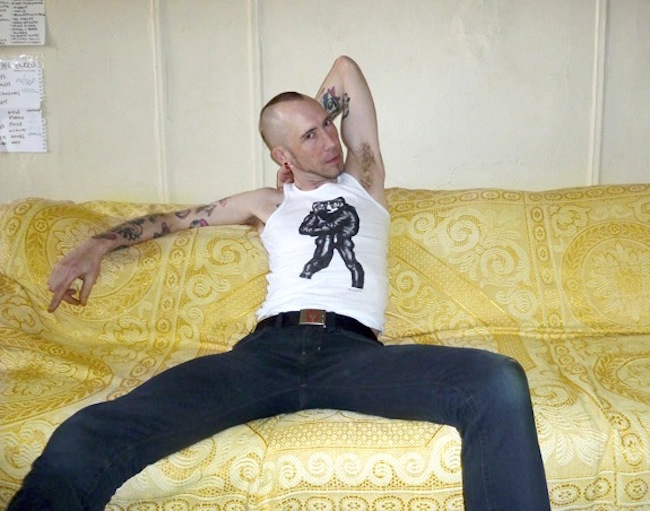 In a Queerty profile from 2012, writer John Russell described him as:

a teenage publishing wunderkind, an underage club kid, a zinester, and a designer, stylist and darling of the fashion world. He styled Nine Inch Nails’ Downward Spiral Tour; he dated Mario Testino when he was 18 years old. He was a hustler in San Francisco, a photographer in New York. He’s battled addiction and has been living with HIV for year—facts about which he maintains a gleefully dark sense of humor. He’s been in multiple comas.

“There’s no denying that [my life] was completely out of control,” Cessna says in the same profile.

But I think I was fascinated by everything that was going on around me. I guess, through that entire period, the reason it never really affected me was because I was pretending it was all like a movie. And then when I was thrust out of it for several years, I was like, “That was demented, actually!”

Fans and friends are busy writing tributes on Cessna’s Facebook page. In a touching remembrance, his friend Trey Speegle writes:

He was brilliant and complicated and like many creatives, his own worst enemy. He was constantly writing and photographing and musing and telling us all what was “correct”, a term he used to describe anything he deemed brilliant and worthy of praise….

The tributes are pouring in on his Facebook, a place where we kept in touch and where he poured out his heart and tended to overshare, but everyone loved him for it. Sad to lose a friend, so relatively young.

Give the devil hell and the angels some styling tips, Walt. You were so correct, in so many ways. I’ll meet you by the back bar at Area –I’ve got drink tickets.

Subscribe to Queerty for a daily dose of #life #r.i.p. stories and more