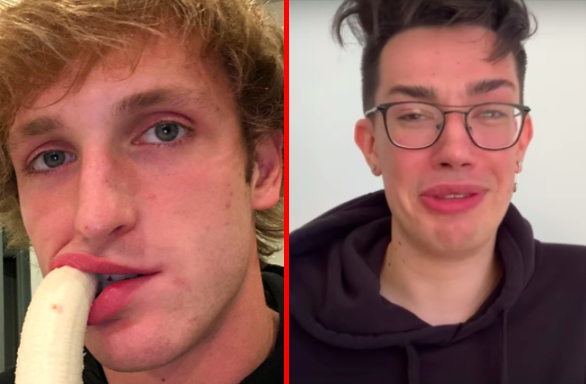 You know, the dude who posted a video of himself pointing and laughing at a suicide victim hanging from a tree that one time? Yeah, him.

“I don’t like James Charles,” 24-year-old Paul was careful to note on his podcast IMPAULSIVE this week, “but the crime does not fit the punishment.”

“I’ve been involved in a lot of very unique and strange situations that have left people confused or upset,” he said, “and I learned the hard way about ways I can interact with boys I’m interested in.”

In response, subscribers began leaving his channel in droves. First it was 1 million, then 2 million, and now 3 million unsubscribes and counting. As a result, Charles now holds the unique distinction of being the first-ever YouTube personality to lose over 1 million subscribers in a 24-hour period.

On his podcast this week, Paul said, “I’m not defending James Charles. I’m saying, [go] easy when you puff your chest out, put your chin up, and call him a sexual predator.”

Of course, Paul himself is no stranger to controversy.

In addition to the whole broadcasting a suicide victim thing, earlier this year he announced his 2019 New Year’s Eve resolution was to “go gay” for a month. But only for a month.

“I don’t give a shit,” the straight YouTuber said. “Being gay is cool to me. I think that it’s a very cool thing.”

That being said, we’re really not sure Logan Paul is someone James Charles wants or, frankly, needs in his corner right now.

Then again, maybe the kid can use whatever support he can get.

Related: YouTuber Logan Paul doubles down on “going gay”, but the gays don’t want him