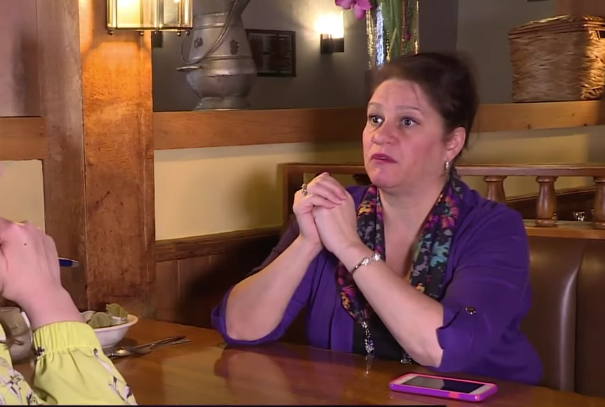 This falls way beyond ‘schadenfreude’ to land squarely in ‘depressing.’

An Indiana woman who proudly voted for Trump says she’s fighting to save her husband and the father of her children from being deported.

Helen Beristain says she thought “good people” would get to stay in Trump’s America, and only the “bad” ones would be deported.

Now she’s confused. She doesn’t understand why her husband of 20 years, Roberto, is being sent back to Mexico. Not just that, but he may be deported as early as… today.

Roberto first came to the U.S. illegally in 1998. It was during that trip that he met his wife and the two began a family.

In 2000, they were visiting Niagara Falls when they accidentally crossed the Canadian border. When U.S. immigration agents discovered Robert0 was undocumented, they told him he had to leave the country.

Since Helen was pregnant at the time, Roberto managed to work out a deal to stay, and for the past 17 years he has maintained a work permit, paid taxes, acquired a Social Security card and driver’s license, and been checking in with Immigration and Customs Enforcement (ICE) officials each year.

During his annual check-in ICE this year, Roberto was unexpectedly detained. He’s currently being held at a detention center in Wisconsin awaiting deportation.

“He’s trying to hold up,” Helen says. “He said, ‘I haven’t done anything wrong, I haven’t committed a crime. The only crime I’ve done is wanting to be in the United States.’”

If Roberto is deported, he could be barred from reentering the country for up to a decade. In the meantime, Helen says she’s trying to look at the bright side.

“Yeah, it’s going to be a long vacation in Riviera Maya,” she jokes. “Never been there! I’ve never been to Mexico! Maybe I get to be! To get to beautiful places like go to Cancun or do fun things, right?”