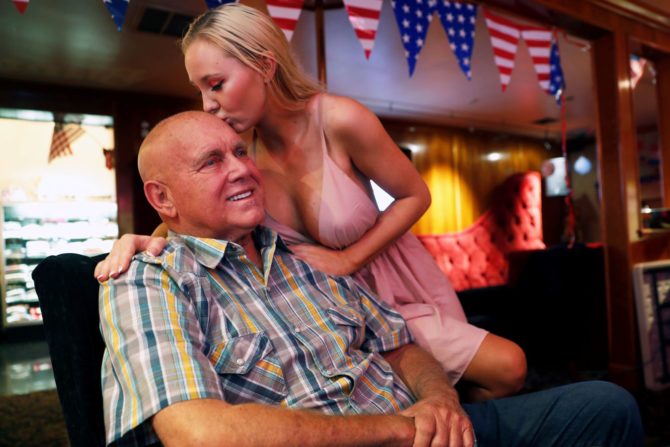 In case you needed any more proof that many people still vote based solely on the letter–D or R–next to a candidate’s name, a Nevada brothel owner was elected to the state legislature last night.

It’s quite an amazing feat given the fact that Hof, a self-identifying “Trump Republican”, died last month after going on a bender on his 72nd birthday.

The Nevada Republican died on Oct. 16 at the age of 72 following a weekend of parties to celebrate his birthday. No foul play is suspected but it could be several weeks before there is an official cause of death.

Hof’s name still appeared on the ballot because it was too late to change the ones that had already been printed and mailed before Election Day.

“It will be another footnote in Nevada history,” says Eric Herzik, chair of the political science department at the University of Nevada, Reno. “We voted for a dead man.”

So what happens now?

Well, Nevada state law says that if a dead person is elected to public office, county officials get to nominate a living replacement to fill the seat.

Related: So we took back the House. But Trump will be more dangerous than ever our rights