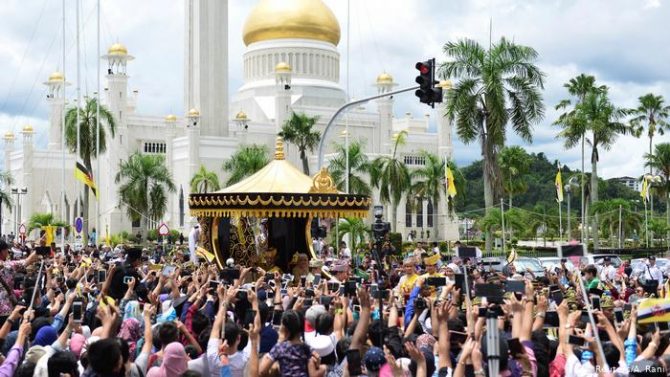 Wall Street businesses have joined calls for a boycott of certain hotels owned by the Sultan of Brunei over the nation’s new anti-LGBTQ laws.

Goldman Sachs, Bank of America, JP Morgan and CitiGroup, among others, have all announced that they no longer allow employees to stay at hotels owned by the so-called Dorchester Collection. That includes hotels like Los Angeles’ Beverly Hills Hotel and Hotel Bel-Air, and London’s Dorchester and 45 Park Lane.

“The new laws introduced by Brunei breach the most basic human rights, and we believe it is our duty as a firm to take action against them,” said Stuart Lewis, chief risk officer at Deutsche Bank, one of the financial institutions joining the boycott. “We are proud to support LGBTIQ rights around the world, and as part of this we regularly review our business partnerships to ensure that they are aligned with this principle.”

Of course, the relatively low-impact decision to join the boycott could also be interpreted as an easy PR move for an industry that’s widely seen as lacking empathy, but we suppose it’s slightly better than nothing.

The announcement that Brunei had passed laws that would punish LGBTQ people with death sparked immediate and wide outrage within the international community. The United Nations condemned the move, while celebrities like George Clooney, Elton John, and Ellen DeGeneres have all publicly denounced the laws and encouraged fans to boycott Brunei-owned hotels. The Sultan of Brunei has praised the laws for strengthening Islamic rule in the country, though his own son is thought to be gay himself.