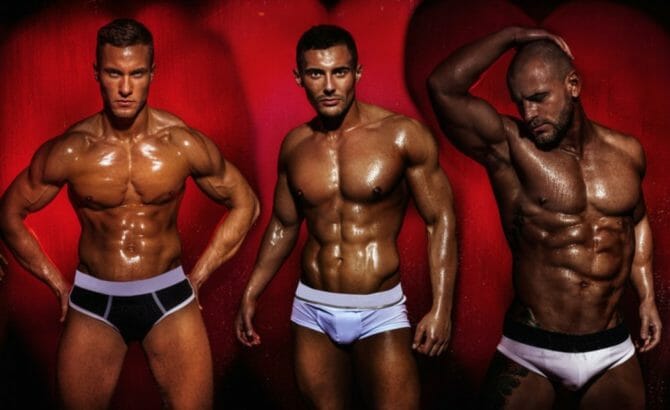 Who wouldn’t want to frolic outside in nothing but their tighty whities, all while supporting a good cause? San Fransisco based environmental organization Stand.earth will attempt to break a Guinness World Record for the “largest gathering of people in their underwear” on Wednesday, September 12, at Mission Creek Park.

The event was rescheduled to coincide with the Global Climate Action Summit happening September 12 to 14 in San Francisco. Fashion companies are expected to join the Sustainable Apparel Coalition in announcing new climate commitments as part of the annual gathering.

“Most of the fashion industry’s pollution is located in its supply chain — overseas factories powered largely by coal and other fossil fuels,” says Kristina Flores, Climate Campaigner at Stand.earth, in a statement. “Given the fact that the fashion industry is expected to grow by 49% by 2030, it’s time for this polluting industry to stop turning a blind eye to its devastating impacts on local air quality and global climate change.”

Stand.earth is the organizer behind the popular “Too Dirty to Wear” campaign calling on Levi’s to be a fashion industry leader and transition the factories in its supply chain to renewable energy. The group has held several “pants off, dance off” protests at Levi’s stores in San Francisco and New York City over the past few months.

To participate in “Pants Off for the Planet,” participants are encouraged to sign up for a ticket so organizers can verify attendance and finalize the official count. You can also RSVP for “Pants off for the Planet — Break a World Record” on Facebook.

A statement from the organization adds, “This is a body-positive event open to all ages, gender identities, and gender expressions. To qualify for the world record attempt, participants must be in underpants (boxers, briefs, panties, etc) and either a bra or black or white tank top.”