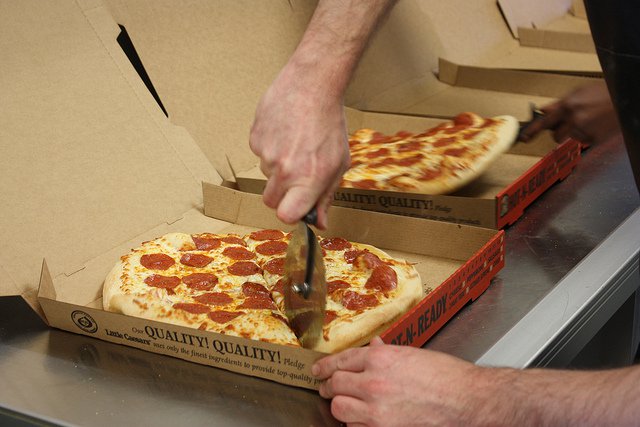 Rosman Harris and Marcus Robertson never asked for the extra side of homophobia when they ordered a pizza from Little Caesars in Henrico, Virginia this week.

But that’s what they got.

When the men went to pay for their food, the cashier presented them with a receipt. Between the order number and the date was the word: GAY.

Harris and Robertson tell WTVR that the cashier never asked for them their names; however, the customers before and after them were all asked.

The men also say that, while they both identify as gay, they never mentioned this to anyone in the store because, well, why would they?

“It was this preconceived notion of, ‘Oh, these are gay men.’ So, why would you write that on the ticket? I’m not understanding that,” Harris says. 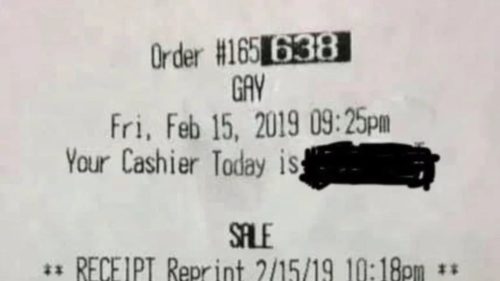 When the guys asked to speak to the manager, he wouldn’t tell them why their receipt said that, although he did tell Robertson’s cousin that the guys were being “loud and rude”, not that that explains anything.

Robertson’s cousin replied by telling the manager that Robertson is hearing impaired and that’s why speaks loudly.

As for the cashier who wrote “GAY” on the men’s receipt, the manager said the restaurant was too short-staffed to fire anyone; however, the pizza chain’s corporate office put out a statement saying she was let go, citing a “violation of professional conduct.”

“This is a highly unusual, isolated situation at a store locally owned and operated by a franchisee,” the statement said.

“The franchise owner took immediate action to investigate this matter and has terminated the employment of the individual involved in the incident.”

Harris and Robertson say the pizza chain has yet to apologize to them.