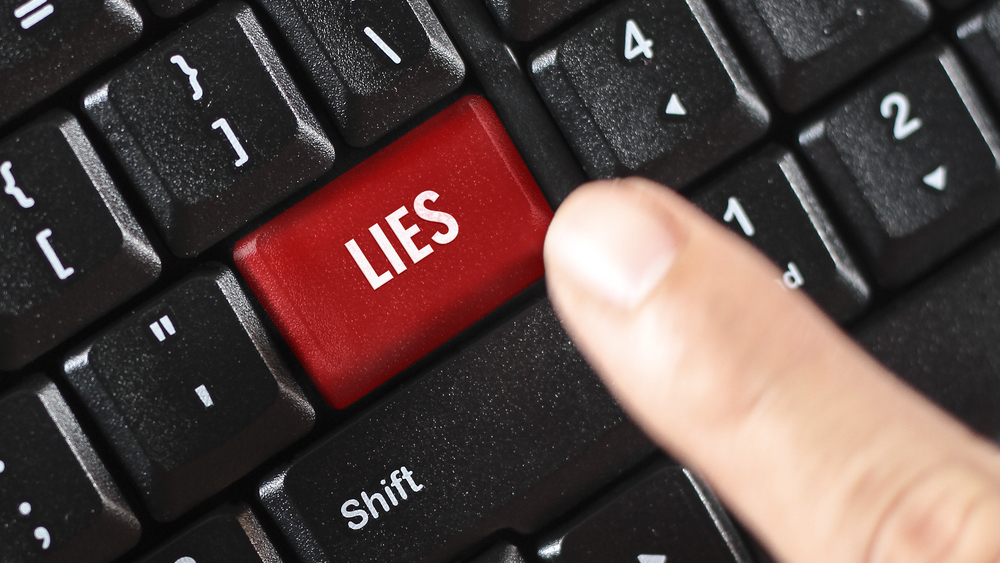 A 2011 study found 81% of people lie about their height, weight, or age on their online dating profiles. But should more serious lies be punishable by law?

One legal scholar thinks so.

In a Washington Post column, Irina D. Manta, a professor at Hofstra University’s Maurice A. Deane School of Law, says when online daters lie about their marital status, who they are or where they work just to get laid, these lies waste people’s money, their chance of having kids and can cause serious emotional harm.

“We punish low-level shoplifting or false claims in commercial advertising more harshly than we punish most forms of sexual deception,” Manta writes, “despite the suffering and harm to one’s dignity the latter brings.”

Manta suggests state lawmakers punish people who seriously misrepresent their marital status, fertility circumstances (like, the existence of kids or one’s ability to have kids) or their employment just to get sex from others.

She writes, “Statutes … would punish, with relatively modest sanctions, material lies that deceived someone into having sexual relations. Confining the cases to small-claims court … — [with fines] capped at $10,000 — would deter individual liars, and the cost would add up fast for serial fraudsters.”

In Manta’s system, fibs about one’s height, age or endowment wouldn’t be punishable.

Before you worry about getting sued for misrepresenting your ongoing breakup from a dramatic ex, remember, Manta is only daydreaming here. Even she admits that the laws would have challenges.

She says lawmakers may feel hesitant about instating such laws because “it can be difficult to document deception or measure the harm it causes” and “non-marital sex is a risky business, and people who are duped supposedly deserve what they get” (a reason she rejects as unreasonable).

She also makes serious misstep by comparing her hypothetical anti-catfishing laws to laws that punish HIV-positive people for not telling others about their status. She admits convictions under these laws are rare, but she neglects the fact that these ’80s-era laws weren’t written to handle the modern day existence of drugs that can make HIV-positive people incapable of transmitting the virus.

Also, such laws disproportionately target men of color and, according to medical experts, don’t “produce positive health outcomes for individuals or populations.” So they’re not a great comparison for her proposed laws.

Regardless, Manta raises an interesting question: Should we be able to sue online daters when they seriously misrepresent themselves? Or are lost time, money and mental anguish just part of the game?