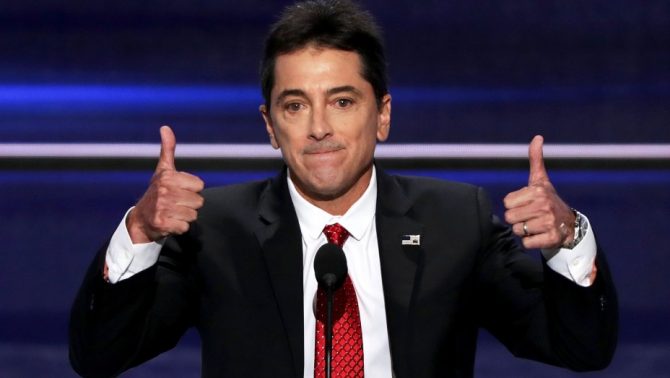 The 59-year-old actor, who is perhaps best known for appearing on the sit-com Happy Days about 40 years ago, plus a handful of straight-to-DVD movies in more recent years, claims he has been the victim of an ongoing smear campaign. Basically, ever since he voiced his support for Donald Trump in 2016 and spoke at the Republican National Convention.

Three years ago @realDonaldTrump asked me to speak at the Republican National Convention. Great experience and memory. pic.twitter.com/JJQ425DMkM

The actor is currently in the middle of a Twitter tear disputing bullying and #MeToo allegations that were made against him years ago and that nobody, except for him, still remembers or cares about.

Remember these faces. They are key players in the "Baio takedown". #FakeMeToo #LIARS Each one will have their story told by @brianglicklich.
Alexander Polinsky
Nicole Eggert
Willie Aames
Christy Blackwell
Sammy Duncan
Nancy Finn
These are just a few of many.
*Public Photos* pic.twitter.com/zsyfGYy5hL

Meanwhile, people claiming to be his supporters have been circulating a change.org petition accusing Hollywood of “McCarthyism” and demanding a certain producer be investigated by ABC Network, Disney, SAG, and AFTRA for allegedly saying, “I have no interest in doing anything with Scott ‘Trump’ Baio!”

“Blacklisting people in 2020 because you do not agree with their political beliefs will not be tolerated!” the petition, created earlier this month, declares.

Baio made headlines in 2018 when he was accused of homophobic bullying by his former Charles in Charge costar Alexander Polinsky, which included Baio allegedly calling Polinsky a “f*ggot,” “effeminate,” and telling him all the gay sex acts he would do when he grew up. Polinsky also accused Baio of exposing himself to him.

Around that same time, another former Charles in Charge costar, Nicole Eggert, came forward to say that not only had she witnessed the homophobic abuse, but she was a victim of it herself. Eggert claimed Baio had molested her when she was just 14.

Baio vehemently denied all of the accusations and he was never charged, convicted, or questioned by authorities.

More recently, he got into a Twitter spat with out comedian Wanda Sykes back in May when, for whatever reason, he decided to target her in his criticism of Joe Biden‘s flippant comments about Black voters, for which Biden later apologized.

Hey @iamwandasykes why is it okay for @JoeBiden to say something clearly racist but @therealroseanne gets kicked off of her own show that YOU are a writer on, for making a mistake? Is it because you're a full of shit, hack liberal?

Sykes responded with an epic clap back.

Well, let me get back to work…I hope you enjoy whatever it is that you do. https://t.co/vqHv7fmqgh

It seems incredibly doubtful that the change.org petition is going to inspire ABC Network, Disney, SAG, and AFTRA to do anything.

And considering that Baio’s last film was a 2014 made-for-TV movie called A Fairly Odd Summer, which came out two whole years before he ever backed Trump, we’re not convinced his “blacklisting” is strictly due to his political beliefs.

We’re guessing it might have more to do with his decade-long history of deplorable behavior, including some pretty racist stuff, documented in an exhaustive timeline published by Newsweek earlier this year.

It should be noted, however, that Baio isn’t the only washed up MAGA-supporting actor to claim supporting Trump cost him his career.

Earlier this year, softcore gay-for-pay actor Antonio Sabàto Jr. said he, too, was “blacklisted” after speaking at the Republican Nation Convention in 2016.

“All my representatives left me, from agents to managers to commercial agents,” Sabàto told Vanity Fair in April. “I literally had to move, find a new job to survive and take care of my kids. It’s been terrible.”

Sabàto now works in construction. Maybe he can get Baio a job working the forklift?

take you by surprise
11