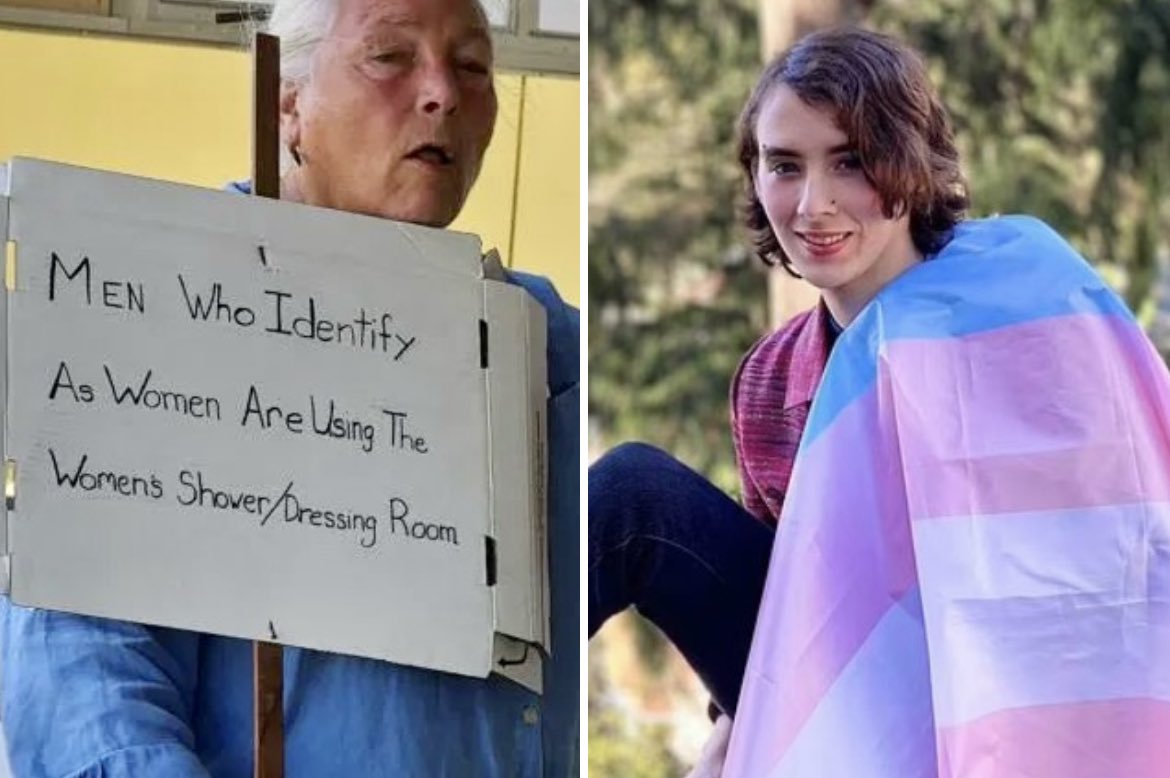 A bigoted Washington woman facing consequences for her actions this week has TERF Island all in a tizzy.

Julie Jaman alleges she heard a “man’s voice” while showering at her local YMCA pool in Port Townsend and immediately confronted the woman who’d spoken.

“I asked if he had a penis and he said it was none of my business,” she told local news radio KIRO. “I told that man to ‘get out right now!'”

The woman in question is Clementine Adams, a YMCA employee. Despite being in the locker room doing her job, her mere presence set the 80-year-old Karen off.

As she tried to incite the other employees, YMCA Aquatics Manager Rowen DeLuna stopped her in her tracks.

“You’re discriminating and you can’t use the pool anymore,” she allegedly told Jawan. When the woman wouldn’t leave, DeLuna called the police and had her escorted out.

Police notes from the incident reportedly detail Jaman having “an emotional response,” repeatedly “screaming” and “refusing to leave,” just as the YMCA staffers allege.

Related: Chick-fil-a f*cked around with the wrong trans woman and now it’s about to find out

While Jaman claims to have a great history with the location, the YMCA staff all tells a different story.

While the incident is a clear case of transphobic harassment, conservative media outlets — especially within the UK — have picked up this story and run with it. Because how dare a hateful old woman be punished for verbally abusing people in public?

Thankfully, Adams was supported by her location, and is doing her best to stay strong throughout the harassment.

“The amount of hate and accusations being sent my way is horrifying and it takes all of my energy to ignore it,” she writes on her transition assistance GoFundMe page. “It keeps intensifying every day and I don’t see the end coming very soon. But hopefully I’m wrong.”

“It really does make a difference when I can look on GoFundMe and see people that support me and trans people around the world. Thank you.”