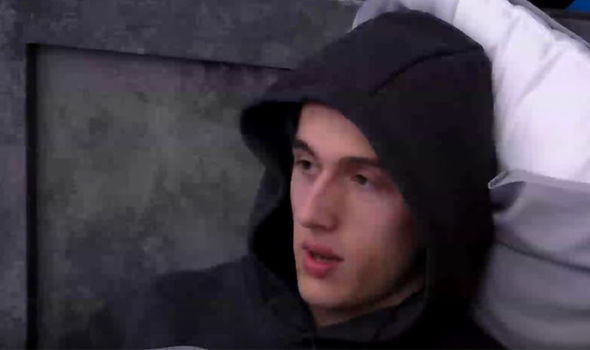 Cameron Cole is an 18-year-old vlogger and current houseguest on Big Brother UK, where he just came out as gay.

The revelation appeared to be unplanned and came after another gay houseguest, Cian Carrigan, spoke openly about having a crush on Cole.

Carrigan’s admission made Cole uncomfortable, but not just for the reasons everyone expected.

Speaking with fellow houseguest Lewis Flanagan, Cole said the Carrigan crush situation triggered a personal insecurity about his own identity.

“I just want to f*cking say it — or not say it, but I just want it done,” Cole said. “It’s one of those things that you’re never ready for. Because the last four years, I’ve been waiting to be ready. And I’ve never felt ready.”

He added: “Everyone thinks I’m acting weird because someone said they like me…They don’t understand that there’s more layers to that.”

Big Brother UK houseguest Cameron Cole came out on today's episode, adding yet another player to the amazing coalition of LGBTQ+ BB players from across the world this year ???? pic.twitter.com/OOHEdhXj11

Later, Cole sat down with Carrigan to discuss how he felt:

“Uggh this Cameron storyline is soooo pants ffs #bbuk we all now darling no one cares/judges,” she wrote on Twitter.

The tweet prompted messages of support for Cole as well as some who agreed that the coming out storyline felt manufactured.

so i saw a comment about cameron being like roxanne & dragging out this storyline. can i just say that what cameron is doing is amazing & coming out is SO important because people like you judge him for just being himself. please tell me how that is like roxy was? #BBUK

As Cameron says: being gay doesn’t define him, but instantly after he comes out, there’s a clearer shape of him and who he is. Or is it just me? #bbuk

So happy and so proud of Cameron, at only 18 years old, coming out as gay on national television. If only all of us coming out could’ve had crowds and @EmmaWillis cheering in celebration just outside! #BBUK #BBUKCameron

#bbuk is ruined, it’s been fully focused around Cameron coming out just what he wanted. It’s so annoying how calculated he is being about this. Everyone knows he’s gay he’s been cuddling with the other gay housemate and then says he’s shocked he likes him. BS!!