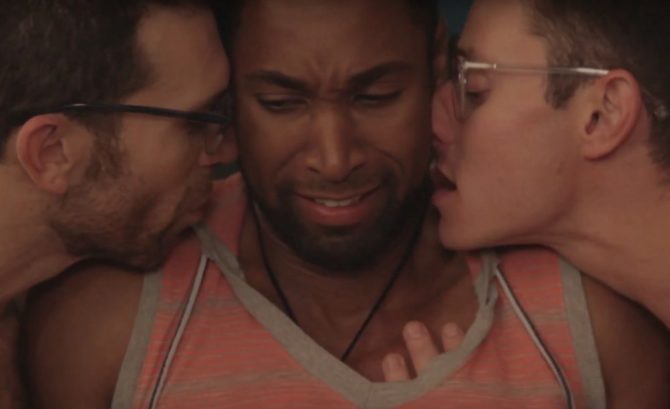 Trigger warning: Anybody who has experienced awkward sex (so most us) will find at least one uncomfortably relatable moment in the hilarious premiere episode of Michael And Michael Are Gay.

As the season progresses, they’ll be exploring “rave culture, aging in the gay community, progressives’ hyper-sensitivity and fetishization of gay culture, and our own insecurities with the way we construct our relationship — even though we’re happy with it.”

“I guess you can say we’re apologetically unapologetic,” he added.

Watch below and look out for more episodes coming soon:

The Michaels are currently raising funds to complete a full season — head here for more info.