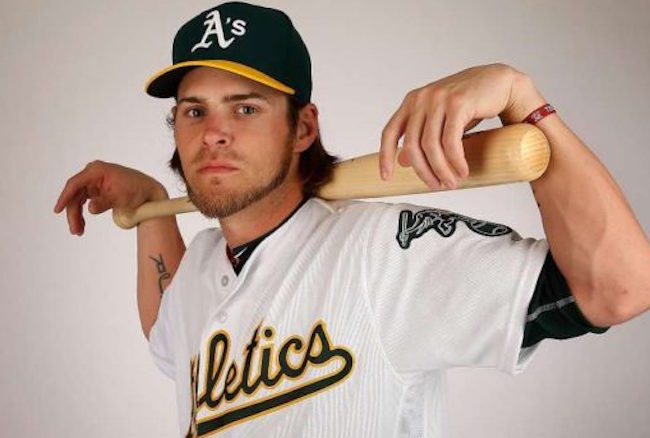 .@RealJoshReddick at the center of this segment of the #Astros celebration pic.twitter.com/rz91Sj3gKe

Well guess what? He’s done it again — and in the same stars-and-stripes bikini that is rapidly becoming his calling card.

Yurp…. after The Astros beat the Boston Red in Game 4 of the American League Division Series — which means they’ll be advancing to the American League Championships — the team celebrated by dousing Reddick is beer while he strutted around in his soon-to-be-iconic brief.

Here’s how that went:

By now, Reddick is an old hand at partying hard in skimpy bottoms.

He pulled the same stunt last year while still in the Dodgers, after L.A. beat Washington in the National League Division Series.

And then there was the (literally) out-there, decidedly not-safe-for-work moment when his choice of underwear did not effectively cover rather important segments of his anatomy.

In conclusion, we hope more athletes — and in fact, the male species as a whole — finally decide to take a page from Reddick and begin living more and more of their lives in tight fitting-Speedo swimwear with patriotic stars-and-stripes design details. After all, it’s 2017.