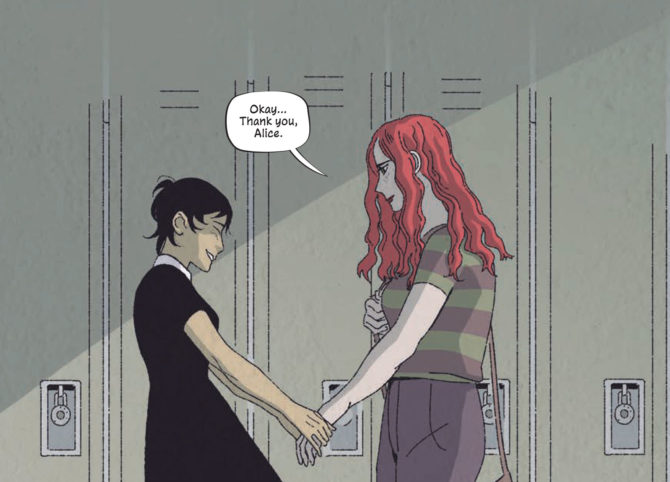 Poison Ivy: Thorns, written by Kody Keplinger with art by Sara Kipin, reimagines the origin story of the iconic Batman villain Poison Ivy. In the comics, Poison Ivy is a bisexual eco-terrorist, using her knowledge of botany to wreak havoc on Gotham City.

This new story traces Ivy–real name Pamela Isley–back to her teen years, shrinking from the advances of lustful men, and generally keeping to herself. That changes when Pamela meets Alice, a sullen goth girl. Romantic sparks immediately fly…though secrets from Pamela’s family life threaten to destroy their fledgling love.

DC Comics has provided Queerty with this exclusive trailer for the new graphic novel, which goes on sale June 1, just in time for pride. Have a look.

Now then, if we could just get that gay Batman & Robin story…

Subscribe to Queerty for a daily dose of #entertainment #dccomics #poisonivy:thorns stories and more